Have you ever considered getting a pet Hamster for your kid? Maybe you are unsure of the suitability of Hamsters as pets for child.

Hamsters are incredibly cute and super cuddly, and make great first pets for both children and adults because they are inexpensive to maintain and quite easy to take care of!

However that said, as with any pet, keeping a Hamster requires a commitment and responsibility from the owner during its entire life-span, which could last anything between 2 – 4 years. 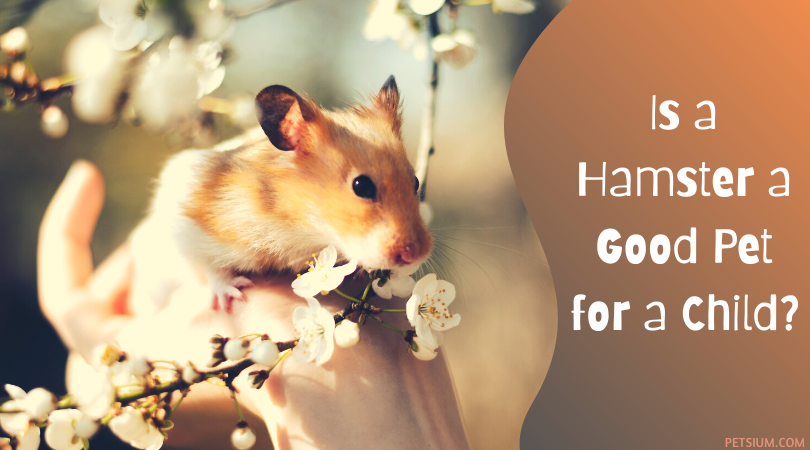 Are Hamsters Great Pets for Children?

Before giving a Hamster as a pet to a child, consider the following:

Involve the Child in the Selection of the Pet

It is not a good idea to give it as a surprise gift to a child who has no interest in it. Bring the child to the pet shop and have him/her look at all the animals there (including Hamsters).

Remember that Hamsters are sensitive to loud noises, and would be stressed by shouting and rowdy playing. Hamsters are awake at night, mainly during the child’s bedtime. Hamster noises (mainly squeaky exercise wheels) might be a problem for children who are light sleepers.

Hamsters require daily handling and can’t be set aside because the child doesn’t feel like playing with it. Handling Hamsters always requires adult supervision. Hamsters are very delicate and might be squeezed by a child’s over-eager hand. Hamsters move very quickly and may be difficult for a child to control. An adult should be around when a child attempts to hold a Hamster.

Some Children are Not Suitable to Get a Hamsters

Children who have allergies to fur, or who might be sensitive to dust or seeds in the Hamster’s bedding and food, might develop allergic/asthmatic symptoms. In general, pets aren’t recommended for children who have weak immune systems or are undergoing immunosuppressive treatment.

Caring for a Hamster Can Be Hard Work

Hamsters require very little maintenance compared to other pets, but the cage needs cleaning once a week and adult supervision is required for this. The child should be able to help with changing food and water, otherwise he/she will not learn about the responsibilities involved in keeping a pet.

Coping with Losing a Pet

The lifespan of Hamsters is rarely more than 3 years, which means that the child will have to deal with a death of a pet rather early.

All these ‘warnings’ aren’t meant to discourage children and their parents from having Hamsters as a pet. What we are saying is that Hamsters shouldn’t be an impulse buy. We have seen Hamsters being advertised for sale because a child has lost interest in them.

Benefits for a Child to Have a Pet Hamster

For a child the advantages are equally impressive. Pets can improve your child’s social skills and self esteem, they also teach responsibility.

All things considered, there are more advantages than disadvantages in allowing a child to have a pet Hamster. The child learns about love and affection, companionship, empathy and responsibility. They also learn that there are interesting things out in nature, and a handheld animal can be more interesting than a handheld gaming console.

Quite the opposite, a Hamster does not want to be cuddled too much, giving the child time for other important pursuits. The child can ‘practice’ being a responsible pet owner, making him or her better prepared for having more demanding pets like dogs and cats later in life.

The Hamster’s short lifespan can be an advantage because the family does not have to enter into a very long term commitment with an animal: maximum 3 years, more likely 2. Someone in the family should be able to assume responsibility for it until the end of its lifespan.

Hamsters for Child’s Age Under 4 Years

The child tends to poke with a finger rather than pet a Hamster with an open hand. Laughs loudly or shouts when excited, which can be stressful for the Hamster. Can definitely NOT hold a Hamster in own hands, but can give it some food through the cage. Taps the cage to wake Hamster up.

The child should not be allowed to touch a Hamster unsupervised. The Hamster cage might need to be secured against curious hands. The child should be taught that Hamsters are afraid of loud noises and rough handling. On the plus side, it is a great learning experience for a toddler to see an animal up close. Parents can use the opportunity to teach the child about animals (and how these, in particular, like to eat vegetables). 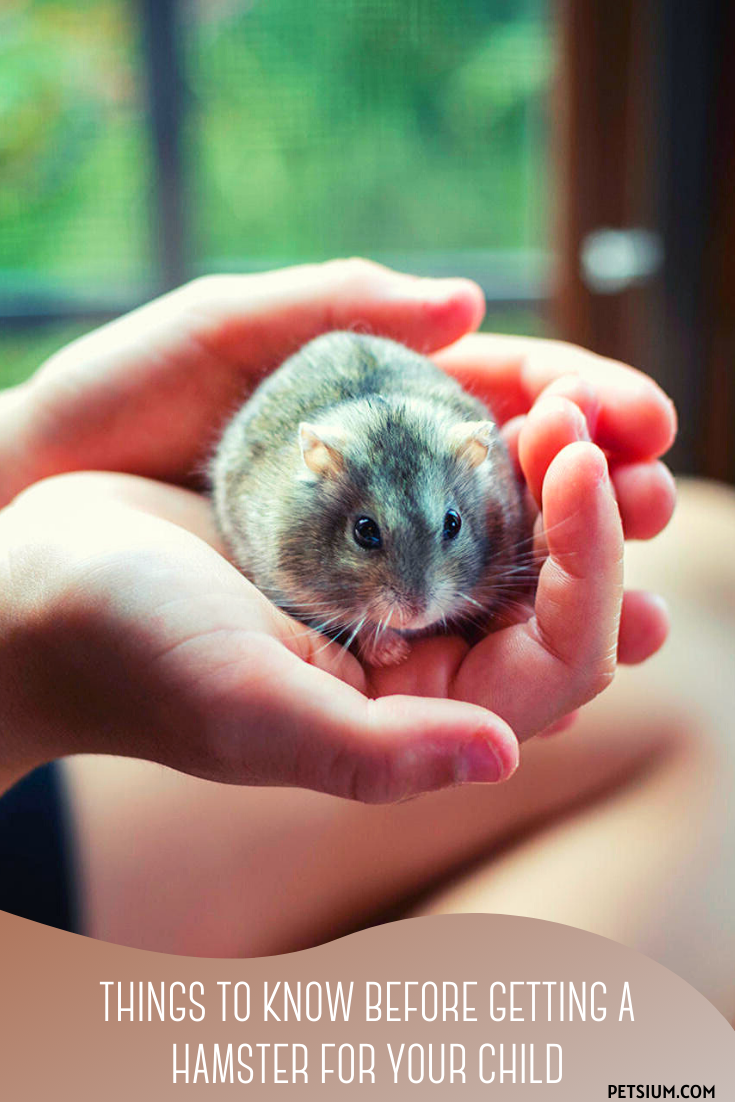 Hamsters for Child’s Age 4 to 6 Years

Can pet a Hamster with an open hand. Can sit quietly with a Hamster and observe its activities. May be able to hold a Hamster.

The child still needs adult supervision to hold the Hamster. Allow the child to help with feeding, changing water and some cleaning. Major cleaning responsibilities rest with the parents. Children at this age shouldn’t be scolded for ‘neglecting’ the Hamster.

Hamsters for Child’s Age 7 to 12 Years

Able to hold the Hamster and participate in the process of taming it, but may need help if the Hamster is very quick.

The child still needs gentle reminding about feeding the Hamster and cleaning the cage. A task-list might be a good idea to show what needs to be done per day of the week. The child should understand that the Hamster depends on him/her for survival. The tasks should not be seen as boring chores.

Also remember that the child is starting many new activities (school, sports, music, art, computer games, new friends…) that the old Hamster can easily take a back seat. Parents should ensure that the child does not lose interest.

Hamsters for Child’s Age Over 12 Years

Turnover more responsibility to the child, but check on the Hamster’s wellbeing regularly. Make sure that the child does not ‘experiment’ with new food, unsafe housing, or risky activities (for example, setting the Hamster on a high table without guards against falling).

Think twice before allowing the child to breed Hamsters. This might provide a great lesson in biology, but new homes need to be found for the babies. For Hamsters that might possibly be hybrids (winter whites with Campbell’s Hamster’s genes), further production is not a good idea. We strongly advise AGAINST breeding Winter Whites with Campbell’s.

It’s hard to say when is the best age for a child to have a pet, and how much responsibility can be given to a child. This is up to parents to decide, but we recommend that the Hamster be considered a family pet, with everyone (including at least one parent) contributing to its care. Parents should ensure that children learn to be responsible pet owners, and should be ready to take over when their children are not ready for the responsibility.

All in all Hamsters are great pets, especially if space or money is a concern. They do not require any exotic housing or specialised knowledge, nor do they require constant attention. They are in short, the near-perfect pet.