Each of these kinds of hamsters are probably some of the smallest hamsters you’ve ever seen. But the largest of the three, the Campbell and the Winter White are typically the same size being around 3 or 4 inches in length.

Dwarf Russian hamsters are the best pets to keep because of their small size, friendliness, sociability, cuteness and gorgeous fur.

According to most pet owners, dwarf Russian hamsters are the most preferred hamster species. These hamsters have three variants, namely Roborovski hamster, Campbell’s Russian dwarf hamster, and Russian winter white.

Roborovski hamsters only have a maximum length of not more than two inches. These dwarf Russian hamsters have brown furs and have spots located just above their eyes. They have a sense of strong bonding with other kinds of hamsters.

In fact, they even enjoy others’ company while playing, sleeping and eating. They are agile and fast moving creatures. These hamsters can easily escape even when they are being handled.

Roborovski dwarf hamsters were found in their natural habitats of the desert dunes of Western and Eastern regions of Mongoilia and some parts of Northern China.

Although they are smaller then their White Winter and Campbell’s dwarf hamster cousins, they have slightly longer legs. They naturally have a coat that is sandy brown in color with a slate grey undercoat.

Because of their high actively level they can be sometimes hard to keep as pets and they are too small for most wire cages. Most of these small creatures can squeeze themselves through the bars.

But the Roborovski hamster is an extremely clean animal. It spends most of its time grooming itself and they love a good dust bath. 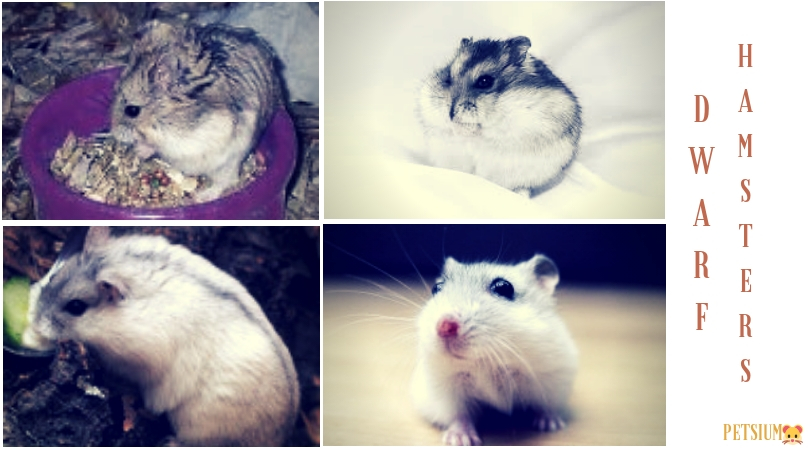 The Campbell’s Russian dwarf hamster is probably the most popular type of hamster and is found in most pet stores. This variant usually has a gray-brown fur, white belly and a dark stripe in its back.

However, some breeders nowadays have successfully come up with multi-colored species. As observed by many enthusiasts, these dwarf Russian hamsters prefer to live only with their own kind.

Though many people call the Campbell’s type of hamster a Russian dwarf hamster they are actually Mongolian, are also known as Djungaria hamsters because they come from a region in Mongolia called Djungaria.

These hamsters do not have the ability to change colors like the Winter White, but you can find them in a wide array of colors which makes them sought after for this purpose.

Along with the growth of their popularity came the growth of creative breeding and the increase of their color combinations and markings. In addition to their natural or normal wild color, those wanting to own these hamsters can find them with spots, mottled, or colors like cinnamon, black or even shades of blue or lilac.

Of the two largest Russian dwarf hamsters the Winter White is very difficult to find. Normally you won’t find a Winter White at a local pet store and you may have to journey outside your local area to find one. When you do find them you probably will have to buy them in pairs and settle for them both being the same sex, because this is typically how they’re sold.

You might be asking, why they’re sold in pairs?

The reason is Winter White Dwarf Hamster live better in pairs rather than alone. Russian dwarf hamsters will normally live better with company because they enjoy having a friend around rather than being all alone and by themselves. They are paired off in the same sex because hamsters will mate like crazy and before long, if you’re not careful, you will have an army of Russian dwarf hamsters.

It doesn’t matter whether or not you have snow, or your hamsters aren’t in the cold, they will still change colors during the winter times of the year. Some people say that it has to do with the amount of sunlight they receive, but it’s been found that regardless of the sunlight their coats will change colors anyway. 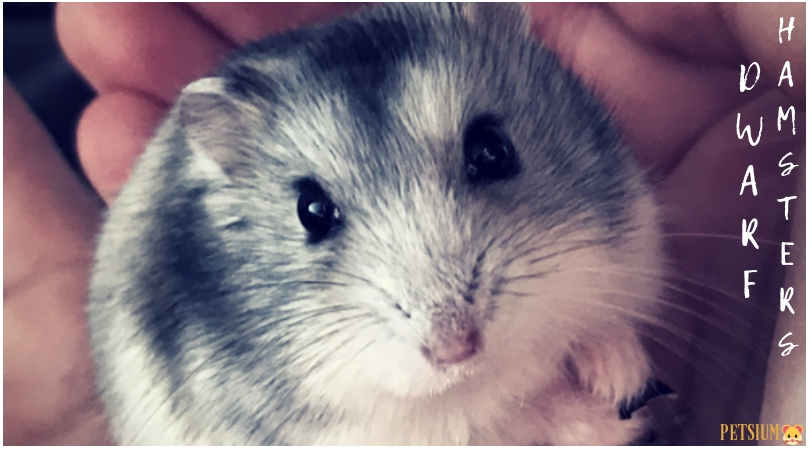 One should pay special attention to the needs of dwarf Russian hamsters. Handling them carefully is very important because they are very sensitive. One should also be equipped with complete supplies to easily take good care of them.

If you are planning to take these hamsters to your home, you should consider these things first:

Following these pointers may enable you to have a remarkable experience while taking good care of your hamsters.

How Long Do Dwarf Hamsters Live

The dwarf hamsters are a species of the rodents called hamsters that are extremely small. They usually have very small tails which are difficult to actually see. These creatures are loved by many due to their cute looks, stout bodies and silky fur. The longevity of dwarf monsters depends upon each type.

Life Span of a Dwarf Hamster

The life span of a dwarf hamster is usually affected due to injuries, illnesses, exercises, diet and housing conditions. If you provide the hamster nutritious food like fresh fruits vegetables and nuts, you can actually help the creature to live longer. Help the animal to adjust to the environment and give it lots of love and care so that it lives longer.

In the wild, these hamsters are always active; try and help them be active at home also by allowing it to play a lot. Keep them away from stress by letting them out of the cage when you know they will not run away from you and trusts you.

The cage should be spacious, so that the dwarf hamsters you have in it get enough space to move about freely. Ensure that the hamsters do not get injured.

Do not give the creatures playthings that are made of plastic or have sharp edges, as these toys can break when the hamsters chew them and cause injury to the inside of their mouths.

Even though there are different kinds of Russian Dwarf Hamsters, they all require about the same amount of care. Since most dwarf hamsters can be very fast to escape a good idea to give time and exercise outside of the cage is to use a hamster ball.