Turkish Angora cats are ancient domesticated cats which are preferred by many people.

People loved this type of cat because of its very long silky smooth cover coat.

The interesting fact about the Turkish Angora cat is that they are the oldest type of Angora species. 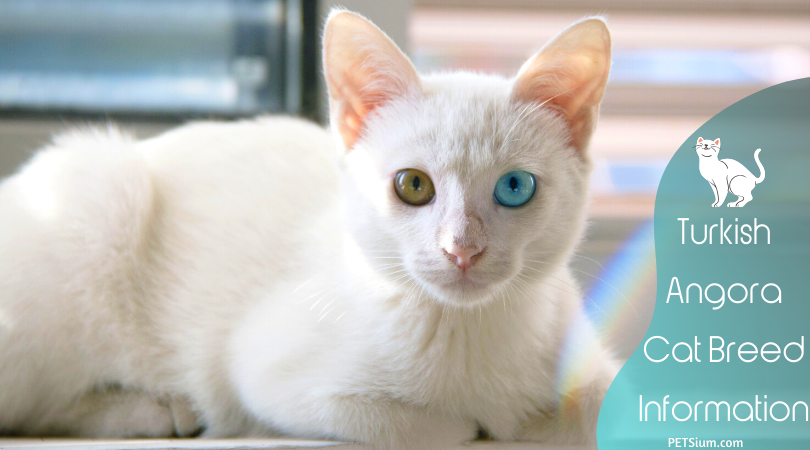 The Turkish Angora has only been in the United States for only four decades.

Because of its increasing popularity they were able to participated in competitions conducted by the CFA association and gained a best of breed award in 1973.

The Turkish Angora first flourished in European countries in the late 17th century only then it moved to United States.

They are sometimes confused with Turkish Van because they both have similar physical appearances.

Since this breeds’ existence seems to be decreasing day by day some special programs were carried out by the Turkish government in order to safeguard them.

They are found in considerable amounts in Asia, Russia, France, Persia and Britain.

They inhibited a thick outer coat in order to sustain the extreme temperatures which helps them prevail in the Turkish mountains where they originated from.

As their name indicates the breed were first found in the hilly region of Turkey.

Turkish Angoras are small size domestic cats whose weight is between 5 to 9 pounds.

They have a medium to large size coat in order to withstand the very cold temperature it originated from in Turkey.

But the breeds physical features also attract the attention of potential owners.

They have very sharp eyes which are walnut shaped and eye color which may be blue or amber, so cats are born with eye colors of both blue and amber.

If the eyes are blue in color it shows they have inferior hearing abilities and if they have amber colored eyes they tend to have no issues with their hearing.

The coat color of Turkish Angora was originally white but now a days its fur pattern come in over twenty different colors and different types of patterns.

Colors like blue, black and red are found to be the most common colors next to white color, but breeders are practicing to get cats with smoke and shaded patterns.

They do not require much care but proper grooming is mandatory.

They have a wedge shaped head with a flattened face.

For a white colored Angora at least bathing the cat once a month is recommended in order to make them appear more of silky and have more a milky color shade to their fur.

Turkish Angora as a Pet

The Turkish Angora breed is a lovable and affectionate cat which mingles with its owners very well.

The Turkish Angora has a pleasing personality and has a cousin of another cat type called the Turkish Van.

They usually like to rest on peoples shoulders or on pillows.

The Turkish Angora is a very rare breed with stunning appearances.

Turkish angora most commonly attract the attention of their masters and love to play with children.

They also accept any human being as a friend.

They also mingle well with dogs and other animals which do not bring harm to them.

Turkish Angoras are very energetic and moves from place.

The muscles of the Turkish Angora are strong and healthy enough to bare any kind of weather condition.

But sometimes these kittens are also sensitive when affected by HCM.

HCM is diseases which mean a muscle growth nearer to the heart.

Other than this a Turkish angora can be readily accepted as a pet. 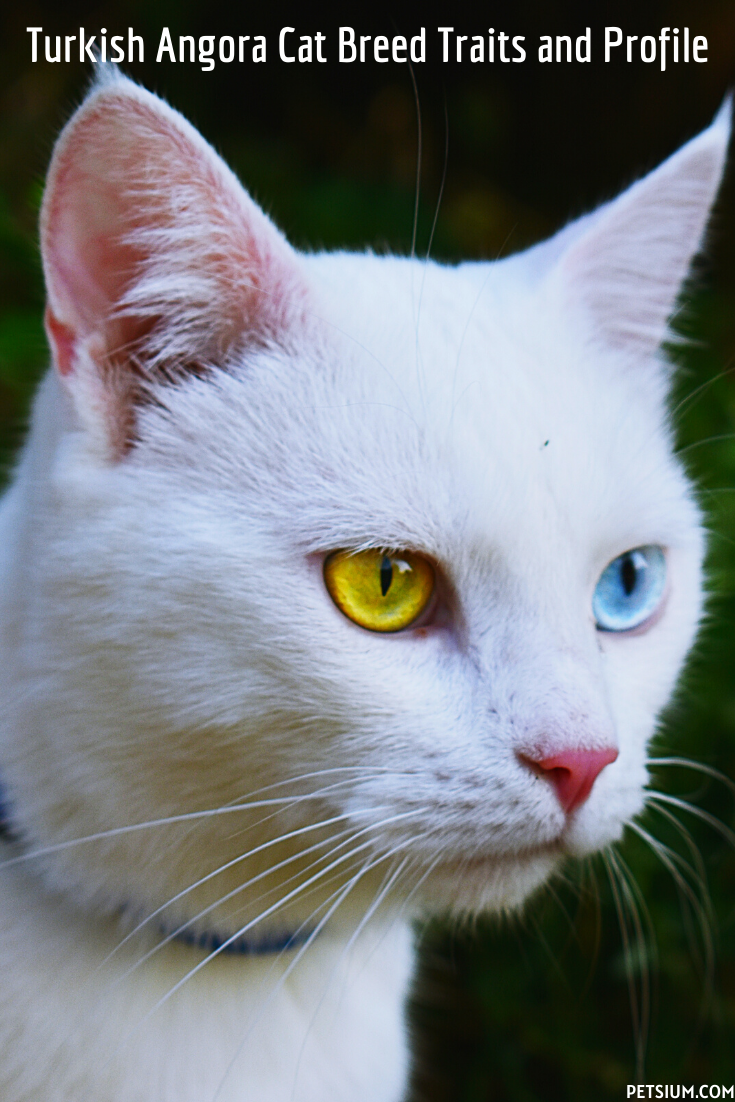 The most common physical characteristics of a Turkish Angora is a silky smooth coat, with medium to large body structures and it has a fine bone structure.

The Turkish Angora has long hair that usually comes in various colors like lavender, chocolate brown, white and pink.

The odd eye means that the cat will have one eye of one color and one of another.

The eye will be blue, amber or in green and come in any combination.

The eye of the Turkish angora is almond shaped and is very attractive.

Male cats weigh more than the female cats the normal body weight of the Turkish Angora is about 6 to 11 pounds.

The Turkish Angora usually gets along well with it owners. It is very playful and highly intelligent breed.

A very active breed that plays well with the other members.

It accepts dogs as good friends unless the dog is not friendly around cats.

There are no specific food habits for angoras.

But usually meat has been fed to Turkish Angoras, along with there cat food.

The ears of the Turkish Angora are large and are sharp.

The Turkish Angora cats attracts the attention of children and the cat can adapt to any environment with ease.

Turkish angoras are affectionate and social breed which are very active all the time.

They are categorized as a group of hyper active cat breed and are like that throughout their entire lifespan.

The Turkish Angora is considered to be like a dog breed because they are found to be very curious when visitors are present and will be inspecting their actions.

They will try to interact with them and if they are playful they will join with them.

Turkish Angoras are graceful and they will be standing in front of the door to welcome visitors to your home.

Most of the time during conversations they will constantly remained around their owners and let them know that they are around.

They always like to feel they were the center of attraction at all times.

One negative aspect of their behavior is they tend to be very stubborn.

Turkish angora cats always wish to be with people rather than staying alone.

They are mainly a companion type of cat.

If they are adopted they will be easily adjust to their new surroundings.

The Turkish Angora breed is an inquisitive, clever, and delightful pet to own.

Historically and traditionally, the Turkish Angora is typically thought of as a pure white cat.

Indeed, in the early days of showing cats in Europe, owning a white Turkish Angora was even considered to be a status symbol!

In the early exportation of the breed from the Ankara Zoo, maintaining the white color of the Turkish Angora was the goal of most breeders.

The white Turkish Angora cat was recognized by CFA, the Cat Fancier’s Association, in 1973.

The breed standard contained no color other than pure white.

This continued until 1978, when CFA added colors to the Turkish Angora breed standard.

Genetically, white is not a result of the color genes from the parents.

White is a result of a separate gene which acts to “tell” the hair follicles to “mask” the color, thus growing white fur.

What this means is that “under” the white coat of every white cat, the cat is carrying the genes for a color.

White cats are typically born with a “color spot”, usually on the head, that fades and disappears as the cat grows it’s adult coat and sheds it’s kitten coat.

This color spot will tell you the color gene that the cat is carrying!

An OEW Turkish Angora cat typically has one blue eye and one amber eye.