The occasional cat sneezing is not uncommon or abnormal. Cats sneeze just like humans do as a way of releasing irritants from their nasal passages. If your sneezing cat does not stop sneezing though, it may be a sign that it’s time to take your cat to the vet. 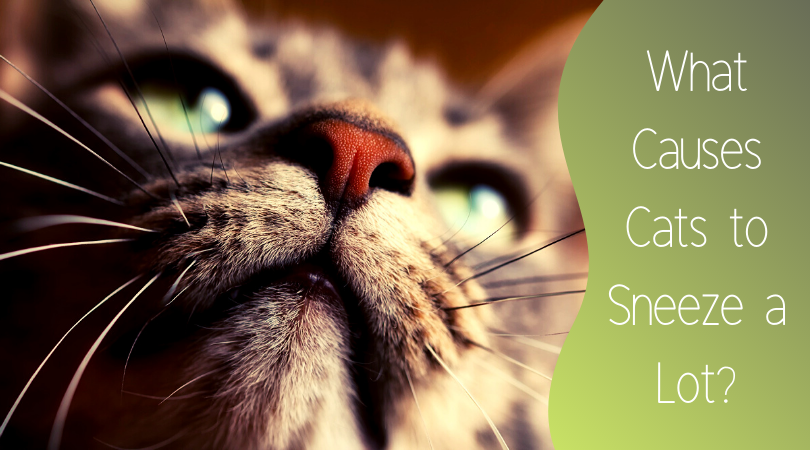 If you respond in a timely fashion, a cat sneezing is not a big health problem in virtually all cases. Here are some of the causes of sneezing and suggested actions to take to help your kitty get better.

The cat’s temperature should be about 102.5 degrees Fahrenheit. A temperature over 103 could mean a respiratory infection. You should see your veterinarian who will most likely give antibiotics. Also, giving nose drops can ease the discomfort. If the kitty’s nostrils seem red or sore, you can use an eye ointment, as long as it is not aromatic, and clean her nose several times a day with a warm damp soft cloth.

Something Inhaled and Lodged in Airways

The cat could have inhaled environmental material that has become stuck in the nose or elsewhere. It should go away once the cat has sneezed a number of times. Usually there will be nasal drainage in this case. Cleaning products, fragrances, excessive dust, can irritate the cat just as they do human beings.

Other factors for sneezing cat could be dust in cat litter, insecticides or any aerosol sprays or asbestos – fiberglass. Other offenders are mold or pollen on houseplants or tracked in from the outdoors.

Persians and some other cat breeds have the flat-faced appearance. It constrains the nasal passages so it is easier for them to get infections, or get irritants lodged in the airway causing them to sneeze.

A Reaction to a Rhinotracheitis Vaccine

After your kitten receives Rhinotracheitis Vaccine it may cause you cat to sneeze and a runny nose, but only for a few days. If it persists, see your vet.

Why is My Cat Sneezing a Lot?

Upper respiratory infection has become the most common cause of your cat sneezing a lot. There are two types of virus that infect cat’s respiratory system: Adenovirus and Parainfluenza virus. These viruses are easily infecting cats, leading to such symptoms as excessive sneezing, coughing, swollen eyes and glandes as well as increasing of mucus production.

In addition to virus, cat sneezing infections are also caused by bacteria. There are two types of bacteria: Adeno-2 and Bordetella. These bacteria can also infect human respiratory system as well. An alternative way to keep your cat from this ailment is to avoid them contact with other infected cats. 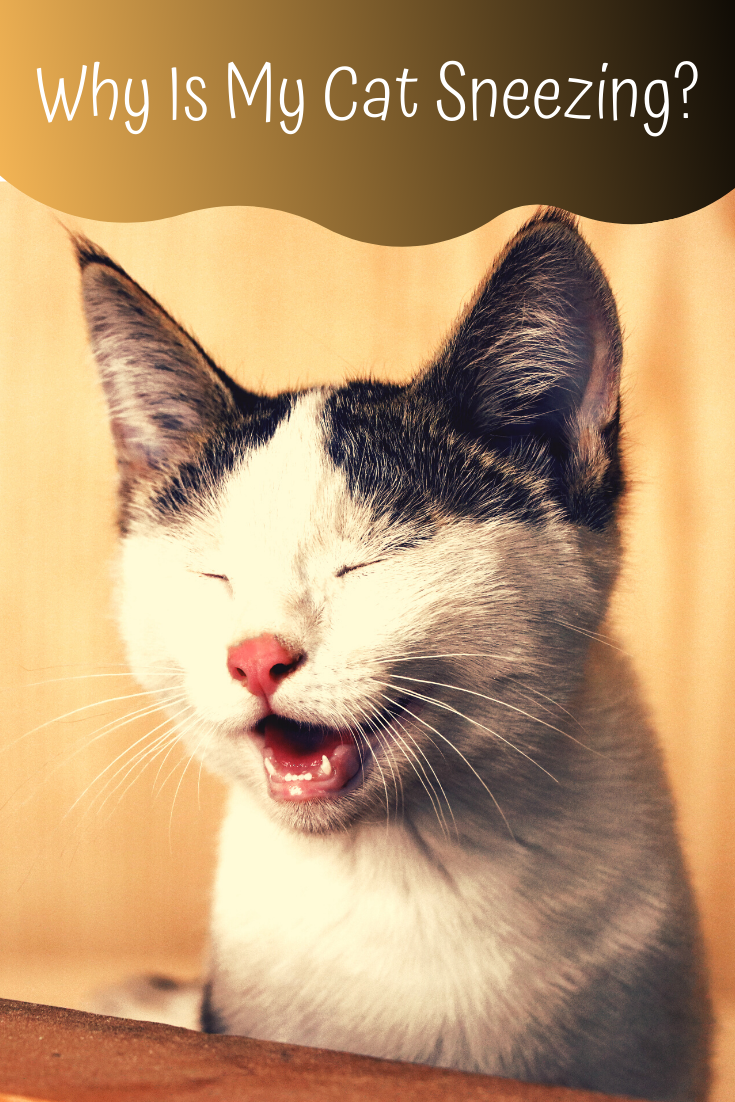 Cat Litter Cause Sneezing in Cats

Other thing that makes you cat sneeze is cat litter with very fine particles which will irritate noses of your cat. Now, check your cat litter and replace it with a new one. It will prevent your cat sneeze in litter tray or after using litter box.

In addition to virus and bacteria, tooth abscesses can be the cause your cat sneezing too much. It is because of tooth abscesses in the upper teeth can travel to the nasal cavity and stimulate cat to sneeze. You don’t have to do anything but you might visit the vet to get some advice.

If your cat sneeze and blood came out around the nose, you are highly recommended to contact the veterinarian. It may or may not be serious, but it could be nasal cancer. The veterinarian will diagnose your cat and tell you what to do.

Your cat sneezing can be very scary but try not to worry, it’s usually just a common upper respiratory infection. This can be caused by feline Herpesvirus (usually caused by exposure to an already infected cat) or feline Calcivirus. The latter can be more serious as it can lead to pneumonia in some cases, so it’s important to bring your sneezing cat to the vet if its sneezing doesn’t stop or worsens.

Why Is My Cat Sneezing Final Words

There are many ways to cure a cat from sneezing. But first, you must find out what the main cause is. If your cat has a tendency to be allergic to the chemicals you are using, you can then easily throw it away.

Cat sneezing also occurs during a certain time of the year. It leads the air being contaminated with dirty material.

At last, cat sneezing can be the normal action of allergic or irritation problem, but for sure, you are advised to visit the veterinarian.

It is important to contact your vet and describe symptoms when you notice your cat sneezing. Many times, they can advise you without an office visit and you can take care of your kitty.