The American Quarter Horse, also known as the Quarter Horse, has gained world-wide recognition and respect for being one of the best, if not the absolute standard-setting, short distance racing horses in the world. In the United States, this breed, which has been known to reach speeds in excess of 55 miles per hour, is the most popular and in great demand. 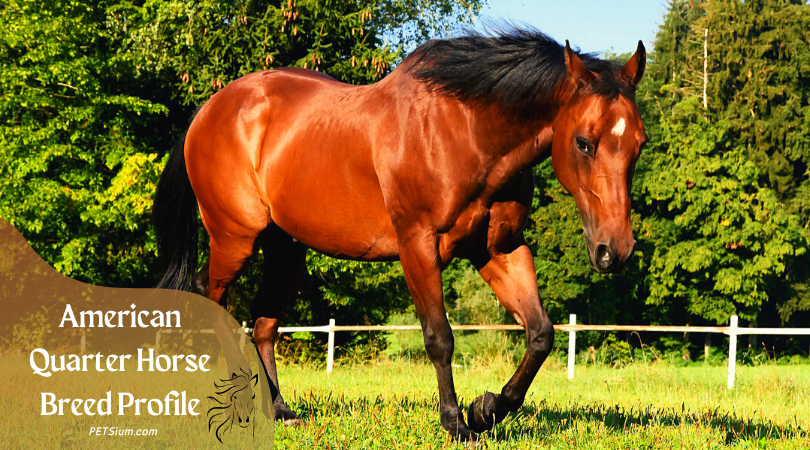 The Quarter Horse is a breed from the United States that is best known as a sprinter who can run short distances. This is the most popular breed of horse in the entire country and the AQHA has millions of horses registered. These horses are not just race horses, but are also used as rodeo horses, ranch horses and show horses. This horse features a compact body that lends itself perfectly to the agility required for various western riding tasks. These horses are used for roping, reining, cutting, herding and more. They excel in the show ring or at the ranch.

The body of the American Quarter Horse is compact and well-muscled; however one of the abilities it is best known for it agility in maneuvering and quick timing. For example, in events such as calf roping, western riding and cattle-related exercises, the Quarter Horse is especially agile and proves to be an intelligent and very sensory companion to its rider.

What Are Quarter Horses Used For

Besides racing, American Quarter Horses are now used for ranches and rodeos. This breed is known to make a good herding horse capable of directing livestock. Cattle roping and barrel racing are just two more talents of this wonderful breed. The American Quarter Horse has brilliant physical and temperament characteristics. Not only is the breed strong and fast. It is very calm, which allows it to be used in recreation for children.

Because of its many natural capabilities and skills, the Quarter horse has grown to become the animal that is bred it the largest number all over the world. Currently, there are over 3.2 million Quarter Horses registered as pure bred.

This horse originated in colonial times when English Thoroughbreds were crossed with Native American horses to produce this breed. The name of the breed came from the distance of race at which it did best. In the Old American West, this horse was used primarily by cowboys and ranch hands for work purposes. Although some tasks have been taken over by machines these days, these hardworking horses are still found working on ranches and farms as well as in the equestrian show ring.

The origins of the breed can be traced to Native American horses, such as the Mustang, bred with European horses brought over to the New World when the Americas were first being settled. Breeders soon noticed that the new breed of horse seemed to have a more innate sense of other animals, such as cattle, than other working breeds. Perhaps this was due to its wild roots from the feral breeds.

Because of this seemingly inborn sense, the Quarter Horse grew rapidly in popularity among ranchers and those settling the Western lands of the US. It was cattle ranchers who played the biggest role in spurning the breed on throughout the following centuries.

The American Quarter Horse Association was eventually formed in the early 20th century by ranchers and cattlemen who had worked to continue the breeding lines. After the formation of the group in 1940, a standard was established by which to identify pure bred – being those who displayed the many characteristics of the breed in an exemplary manner. 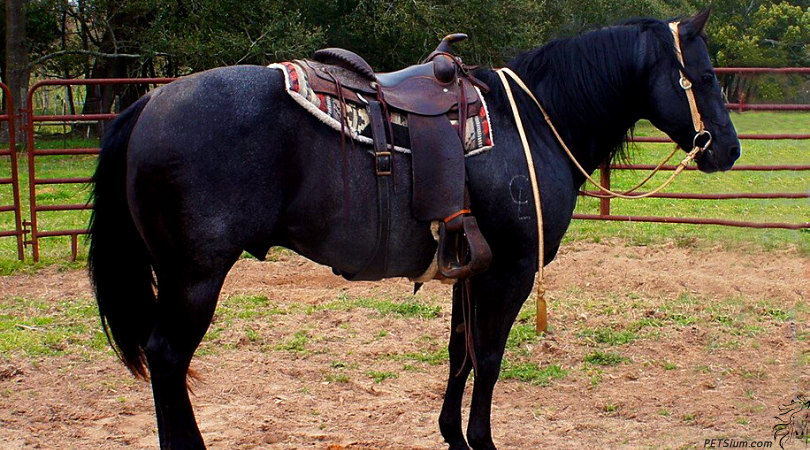 These horses are beautiful, finely muscled and strong yet compact of body. They have small heads with straight profiles. Their chests are broad and their legs are lean. The average height is between 14 and 16 hands although some may grow larger. Body types come in two variations: stock and hunter. Stock horses are shorter, quite agile and more compact yet still strong. Hunter types look more like racehorses and bear a resemblance to the Thoroughbred breed of horse.

The American Quarter horse has a compact, muscular body, however it is not generally a small-sized horse. Some Quarter horses have grown to be as many as 17 hands high, although there is one strain of the breed, the stock horse, that is typically much shorter than the racing strain of the Quarter Horse breed.

American Quarter Horses have a deep and roomy chest and muscular front legs, which are set widely apart. The muzzle is short, jawbones are big and clearly cut, and eyes placed well apart. Ears are not very big, and they have pointed tips. Neck is powerful, sloping into straight and tough back. The underline tucks up near hind legs, and the rump is muscular. That is why most of Quarter Horse photographs present backside views of the animal.

The breed has limited white markings on the face and on the areas below the knees. Sorrel color is considered the most common in American Quarter Horses. The breed may also come in black, brown, bay, chestnut, red, and other colors. You might be interested in some Horse names ideas for your American Quarter. Maybe black horse names will suit them the most.

American Quarter Horses are very popular in the United States and around the world.