It’s not very uncommon to find roundworms in cats, especially in kittens. When kittens have roundworm infestations, it is usually because the worms have been passed on to them by their mother prior to their birth or following their birth through their mother’s milk. Cats of any age can be infested with roundworms, as can dogs; but these parasites can be particularly hard on kittens.

Kittens are much more vulnerable to the problems roundworms can cause than adult cats are, although older cats that have become debilitated can sometimes be at a high risk of becoming seriously ill should they become infected with roundworms.

Roundworms are parasites that live in the intestines of dogs, cats, and other animals as well as of humans. Roundworm infestations are contagious in the sense that their eggs can be transported from one animal to the next, either by direct contact or through dirt or debris that can harbor them.

With dogs and cats, roundworms are usually spread by feces, in which their eggs will usually be present once an animal has become infected. These eggs usually enter the feline’s body through its mouth if the cat should lick its paws, which cats of course frequently do, and the paws have become contaminated. In some instances, roundworm larvae will burrow through the skin. 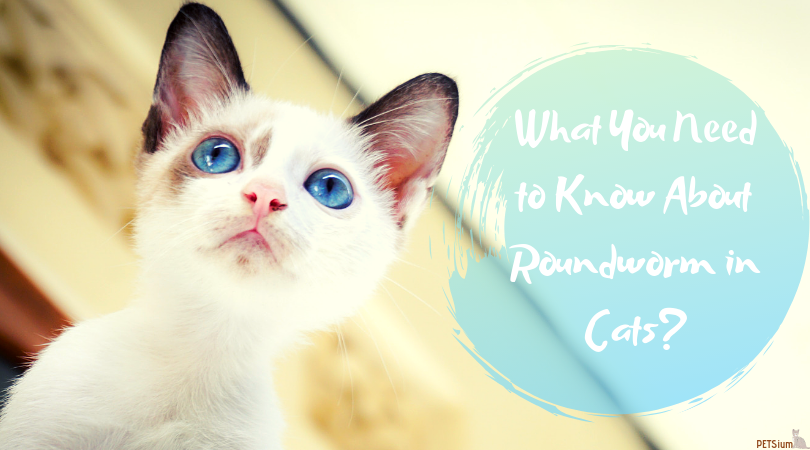 Roundworms are long, thin worms. In fact, they are so thin that they bear some resemblance to spaghetti. While they can be quite small, they can at times grow to be anywhere from 3 to 5 or 6 inches in length, particularly if they reside in a cat’s intestines, where there is always an ample supply of food.

There are a number of different species of roundworms. The two species known to affect cats are Toxocara cati and Toxascaris leonina, with T. cati being the more common of the two.

In most cases, they do not cause damage, although on some occasions they will. If roundworms should take up residence in an eye for example, vision problems or even blindness can result.

When they mature in the lungs, they tend to be coughed up by the cat (one of the symptoms of an infection) and are then swallowed, after which they will return to the intestines to become adult worms. The adults then lay their eggs in the intestines to start the cycle all over again.

As noted previously, one source of roundworms in kittens is the mother’s milk. When this occurs, it is referred to as a transmammary infection. Often, the immature larvae are the source of the problem as they may be present in the mother cat’s mammary glands. Kittens are less apt to pick up eggs from feces unless one or more of the other kittens in a litter have become infected.

Adult cats will sometimes become infected by roundworms by eating what are called paratenic hosts. Rodents often play the role of paratenic hosts. These are hosts in which roundworm eggs are present. These eggs may hatch in the host’s intestines, but cannot mature as long as they are in that host.

Once eaten by cats, or another animal, the eggs can mature, undergo a transformation into larvae, and eventually become adult worms, at which point the life cycle will resume. In some cases, the larvae may exist for some time in a dormant state.

When a female cat becomes pregnant, these inactive larvae will sometimes come out of dormancy and will be passed to the kittens through the mother’s milk or passed through the placenta prior to the kitten’s birth.

Roundworms are not the only type of worms that can infest cats, but they are the most common. Other types of worms that can cause problems are hookworms, tapeworms, and lungworms. All three types can create problems for a cat, and it is the hookworm that is potentially the most dangerous parasite, especially when kittens are involved. 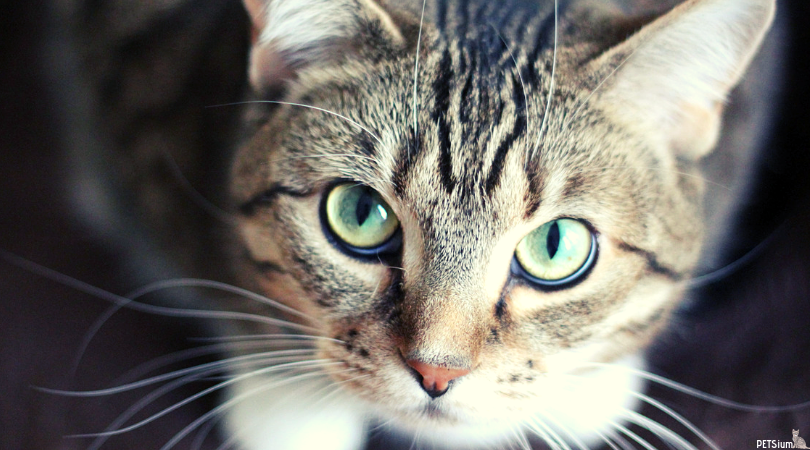 Symptoms of Roundworms in Cats

The symptoms that may be noticed can vary both in intensity and in type, depending on the overall health of your feline buddy, which of the two species is involved, and the location or locations of the infection.

In instances of bloating, your pussy may suddenly begin to take on a potbellied appearance. In particularly severe cases, your cat may have coughing spells or have trouble breathing, indicating that the infestation may be limited to the digestive system but may be affecting the cat’s lungs as well.

The next step would be conducting a diagnosis, which needs to be done by a veterinarian unless the presence of the parasites is obvious. While adult worms or segments of worms can usually be located in a cat’s feces fairly easily if they are present, determining if eggs are present can be somewhat more of a challenge since they are so small.

One technique that is often used is to place a sample of feces on a glass slide for viewing in a microscope. A special solution is mixed in with the feces. This solution causes the eggs to float to the top, where they tend to collect and become more visible. When viewed under a microscope, roundworm eggs are quite distinctive in appearance.

There are three primary threats that roundworms can pose to cats. Understanding what these threats are will help one to make a decision to have a cat treated:

Treatment for roundworms is generally not difficult as there are a number of medications that are both safe and effective. Both oral and topical treatments are available, and both are relatively inexpensive.

Treatments can also be given by injection. Injections are a common method of treatment for kittens, since they can be given together with a kitten’s booster shots. Several injections, at two- or three-week intervals, are needed since the medication kills the adult worms and larvae only, but not the worms’ eggs.

Eggs that are already present in a kitten or cat will hatch in about three weeks, at which time they become vulnerable to the mediation. Treatment should routinely be given to kittens since it is the kittens that are at a high risk of becoming quite ill. 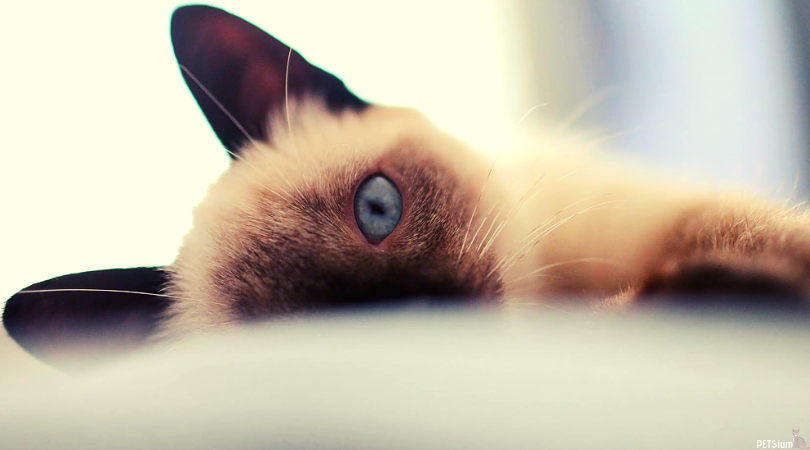 Prognosis for a Cat Diagnosed with Roundworms

The prognosis is usually good if the medication has been given in good time. The prognosis for kittens may not be so good if treatment is not given, or is not given in time, since a kitten can easily become debilitated to the point where it may die.

There are at least five things that can be done to keep your cat free of roundworms, none of which are particularly difficult. Preventing or treating an infection early on is usually far less expensive than treating a cat that has become very ill from roundworms.

The species of roundworms that affect cats cannot mature in a human host. The human then would assume the role of a paratenic host. The fact that the eggs will not fully mature does not however mean that humans will never feel the effects of their presence.

The eggs can hatch and enter the larval stage but can go no further. These larvae, known as stage 2 larvae, can however travel throughout the body and cause diseases in various organs, including the lungs, the eyes, the brain, and the liver.

A disease in humans caused by these larvae is called toxocariasis. Toxocariasis is especially harmful if it affects the eyes since it can lead to blindness. If the larvae migrate to other organs, they can cause inflammation, leading to an immune system response that can at times prove damaging to organs.

The good news in all of these is that roundworm infections, once they are known to exist, are usually easily treatable. In addition, healthy adult cats are much less likely to become ill from an infection.

They should of course be treated if an infection is known to exist and be given periodic medications to prevent infections from occurring in the first place. While roundworms cannot mature in the human body, the immature larvae are still capable of causing a number of serious problems.