The Arabian horse is probably one of the most recognized and famous breeds of horse in the world.

This is due to a number of factors including its extreme beauty, high intelligence and the fact that it is considered to be one of the oldest breeds in the world. 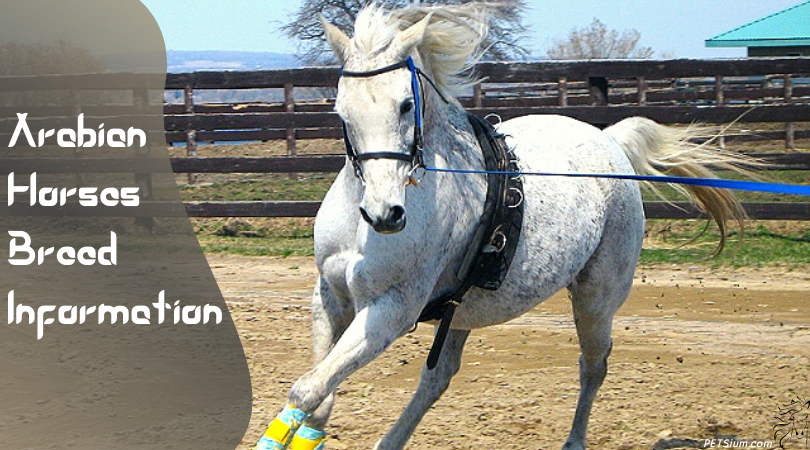 The Arabian horse is a noble warm-blooded animal, which derives its origin from the original form of the Tarpan.

The name alone says that his homeland is Arabia. The Najd plateau (1000m above sea level) is located in the western part of Saudi Arabia and is considered the homeland of Arabian Horses.

Some believe that the Arabian Horse is descended from the Tarpan Horse.

Originally found in the Middle East, the breed quickly attracted the attention of riders around the world and soon the breed had spread to eventually be found in almost every country as well as virtually every horse bloodline on the face of the earth.

In such conditions, a horse of shorter stature, solid construction, modest needs in food and water was created.

The Arabian Horse is square in shape, with a characteristic broad head throughout.

His eye sockets lie deeper in the skull, are oval and have sharp edges.

The eyes are large, expressive and bright.

His movement is sharp and strong, both in walk and in the trot.

Its tail is set high with strong musculature at the root of the tail. It moves easily and belongs to the group of fast horses.

It reaches full maturity at the age of 5 to 6 years.

Most Arabian horses are traditionally shorter than other breeds, however more recently, they are being bred to include an element of height that may bring an overall increase of as much as one or two extra hands.

One of the reasons that riders and breeders love the breed of the Arabian horse is because of its seemingly endless talent and ability.

Known for being agile, versatile, athletic, high-spirited, intelligent and graceful, Arabian horses are used in many different types of activities and events such as saddle riding, showmanship, sports and work-related activities, affording it the name, “The Versatile Arabian”.

The Arabian horse seems to have something of a dual nature, being naturally good with humans as well as adept at aggressive activities, being often used in times of war because of its alertness and quick response.

Most owners of an Arabian horse treat the breed with as much dignity and respect as would be afforded to a human.

The breed’s sensitivity and intelligent seem to give the impression that they have many human-like qualities such as sensitive feelings, a high level of competence and a sort of empathy and understanding. 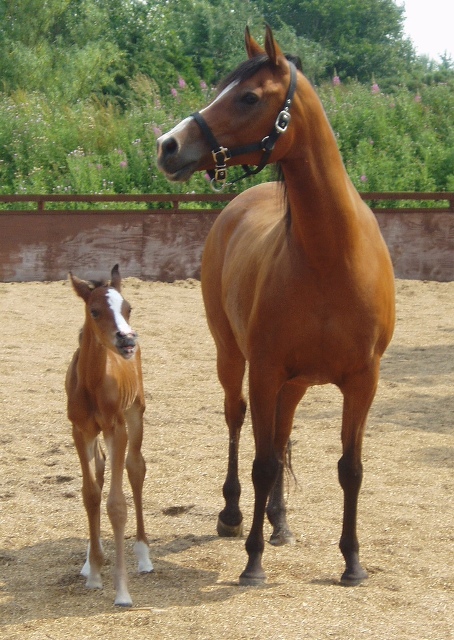 Arabians are not specific to any one color, being found in a wide range of shades and patterns, however black skin, except where there are white patches of hair, is found on all Arabian horses that are pure bred.

Despite the fact that a purebred Arabian horse may come in any number of shades and colors.

Only certain ones are officially recognized by the Arabian Horse Association – roan, chestnut, grey, bay and black – which the color that is most popular and least commonly found, due to the fact that is considered to be a recessive gene.

However, the black Arabian horse is becoming more readily available as DNA breeding methods are used that allow breeders to choose the black color option.

This new breeding method, although unnatural, is actually not too far outside of the origins of the first Arabian horses, as far as history can ascertain, as it is believed to be not only one of the oldest breeds in the world, but also is a man-made or human-developed breed.

Today, the most common use for an Arabian horse is in competition, which follows in line with one of the earliest intents for the breed.

Because the breed tends to excel in sports, they are often pitted against many other breeds to see who will be the last to stand.