It’s never an easy time for an owner when their pet is sick or injured. Many people consider their pet to be a close family member, and when it is ill, it is a time of tremendous stress and worry, not only for the pet’s health, but often times, also for the cost of treatment.

What can make it even worse for the owner is when they realize that they either caused or could have prevented their pet’s illness or injury. Now they are faced with terrible feelings of guilt in addition to everything else.

While it is impossible to prevent every accident or illness from happening, pet owners can take steps to minimize the chances that their pet will be injured or made ill. Here are some tips to help keep your cat healthy.

Be careful with needles and thread

Even though it can be quite cute, cats should never be allowed to play with string, thread, tinsel, floss or yarn. Barbs on the tongue make it very difficult for cats to spit the string out and they may end up swallowing it. As it is swallowed the thread may get wrapped around the base of the tongue resulting in a “linear foreign body”.

The normal peristaltic waves of the GI tract carry the ends of the thread through the stomach and into the intestines. Since the thread can not pass through the GI tract because it is caught under the tongue, it acts like a saw, cutting into the intestines as they move around it, trying to propel it forward. Emergency surgery is required to relieve this type of obstruction. Cat owners that like to sew or do needlepoint need to be extra careful.

Be extra careful with medications

Cats are extremely sensitive to many common human medicines. For instance, as little as one Tylenol [R] (acetaminophen) tablet can be fatal to a cat. This ingredient is also present in many other brands of pain reliever. Always check with your veterinarian before giving your cat any medication. And be sure to keep all of your medicines stored safely. A loose tablet on a counter or night stand could make an interesting but deadly play toy for your cat if it were to be ingested. 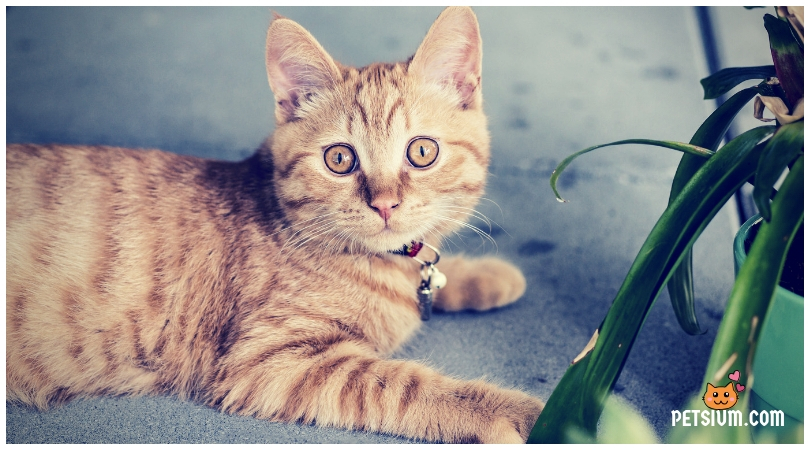 Drapery and window blind cords present a serious risk of hanging to cats (and small dogs and toddlers). The dangerous type are the double cords that loop at the bottom. If the animal slips it’s head in between the 2 cords, it can very easily get twisted up and suffocated or hung. To avoid this situation I recommend cutting the loop and having 2 single cords dangling.

Every cat owner knows that their pet is a pretty agile little creature. Cats can jump up onto counters or sneak into the tiniest of places, often times without being seen. Owners with electric stoves need to be especially careful since the coils remain hot for sometime after the burner is shut off. Many cats have suffered severe burns to their foot pads after jumping up onto a hot stove top.

Cat owners should also check the dishwasher (and clothes dryer) before turning these appliances on. Cats can sneak into the open appliance and become trapped when it is closed. The animal would be severely injured or killed if the appliance were to be turned on. Be careful when cooking. Try not to let your kitty walk around your feet when you are cooking at the stove. A spilled pot of hot water or cup of tea or coffee could cause a severe burn.

Cats should not be fed table foods that contain either fresh or cooked onions as there is a risk of causing damage to the red blood cells resulting in anemia. Some brands of baby food contain onion powder which can also cause the same problem. Owners with babies should take care not to leave the infant’s food out where the cat can lick up the leftovers.

Cats also love to chew on houseplants, some of which can be poisonous. Injuries include mouth ulcers, diarrhea and vomiting, cardiac effects, neurologic disease, and death. The list of poisonous plants is quite long. Some of the more common house plants that can be toxic include Rhododendron, Philodendron, Easter and Tiger Lily’s, Poinsettia and Mistletoe. Pet shops sell cat grasses that can be grown inside and are safe for cats to chew on.

A common cause of accidental poisoning in cats is the application of a store bought flea product not specifically labeled for use in cats. Symptoms include excessive salivation, diarrhea and vomiting, and muscle tremors often confused as seizures. Never use a product that says “For Dogs Only” on a cat.