It was the second week of owning guinea pigs.

Our herd was just a duo back then!

We were putting food in the cage when we noticed one of your guinea pigs behaving oddly.

He was trying to eat his veggies but kept having an uncontrollable hop in the air.

We didn’t have any idea why; in fact, we thought he might be ill! 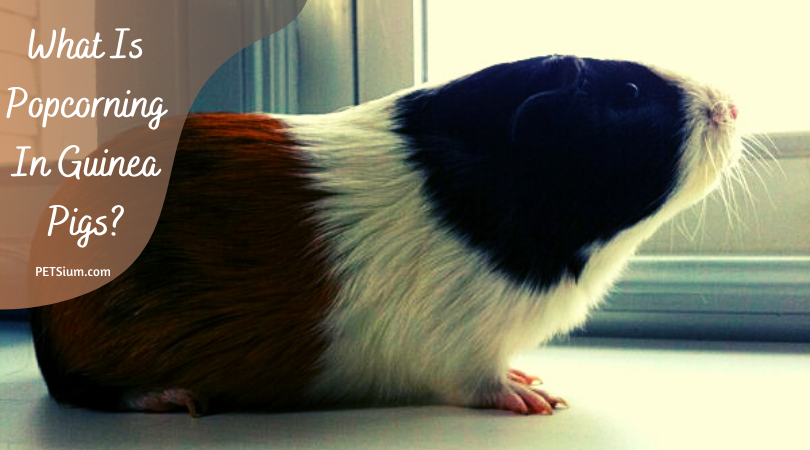 We raced to Google to search for why guinea pigs would jump, seemingly uncontrollably.

And there was the answer : he was popcorning.

In that particular case, mostly likely because he’d come to learn the household routine and was excited about it being dinner time!

Why Do Guinea Pigs Popcorn?

The popcorning behaviour sometimes goes by other names but most guinea pig aficionados know it by popcorning; because like popping corn, they pop in all different directions!

Popcorning behaviour can include running, jumping, skipping, hopping, kicking one or more legs out, mid-air twists, head bows and other sudden movements.

In general, popcorning is said to be a behaviour displayed by guinea pigs when they’re happy or excited about something.

It’s worth noting though that popcorning may be related to stotting, a behaviour observed in quadrupeds often displayed in response to a predator.

We personally haven’t observed this in our guinea pigs but have heard of guinea pigs popcorning in response to something that frightened them.

Popcorning is more common in young guinea pigs but can also be seen in adults.

Whether your guinea pig displays a little or a lot of popcorning behaviour also depends on their individual personality.

Some guinea pigs will popcorn a lot, others won’t. 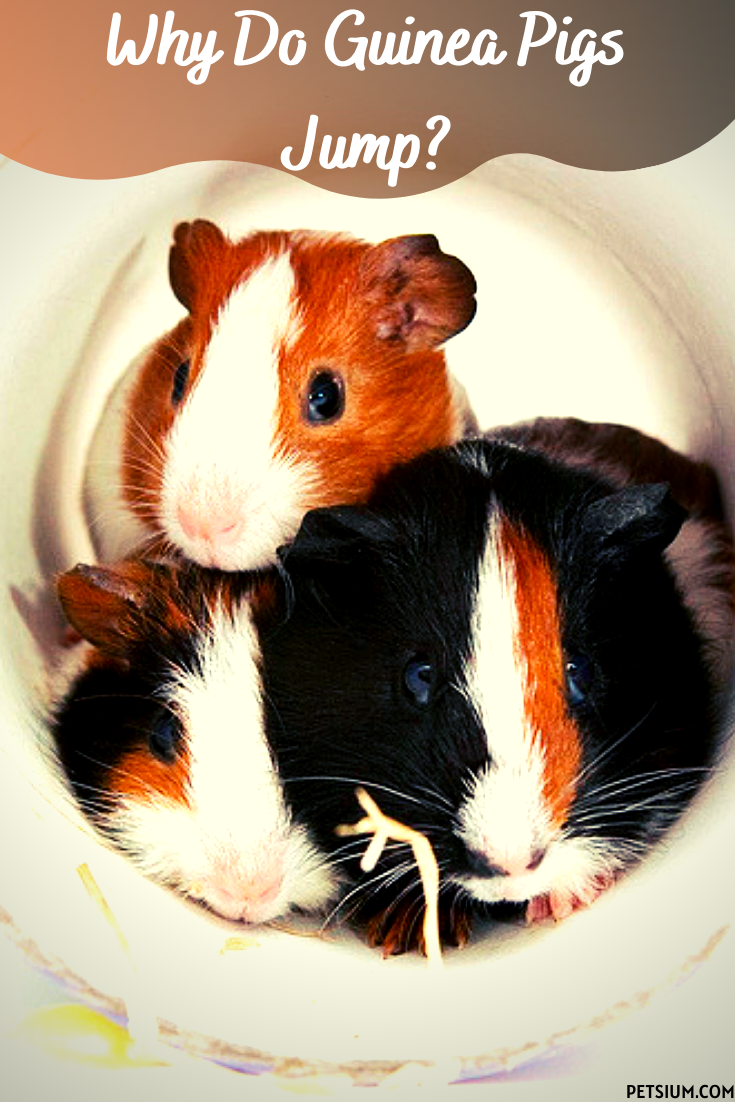 It can be a helpful indicator of their health and happiness but it isn’t a definitive guide so the best advice is to get to you know your own guinea pig(s), their personalities and individual behaviour patterns.

Guinea Pigs communicate with both body language and sounds.

If a young or adult Guinea Pig squeals loudly, it’s hungry or just needs human contact. Also a loud squeal may be an in danger warning.

Squeaks, grunts, and coos are the sounds of contentment and pleasure. The angry chattering is the precursor to a fight or a bite.

The low constant rumbling rattle is a sexual behavior.

If a Guinea Pig leaps straight up into the air, it’s the sign of a healthy and happy animal.

Rising up with legs stiffened or showing teeth means threatening.

Stretches are the signs of comfort and relaxation.

They soon become conditioned to sounds related to feeding.

They can even have preferences in music.

Guinea Pigs sense of smell is better than humans, but not as well as dogs.

They recognize each other by smell.

As for the eyesight, Guinea Pigs’ eyes are mounted on the sides of the head, giving them a large angle of vision.

They cannot see clearly at a distance; they have no depth perception; and their ability to assess distances and heights is limited.

But they have color-vision and are able to notice the slightest movement. 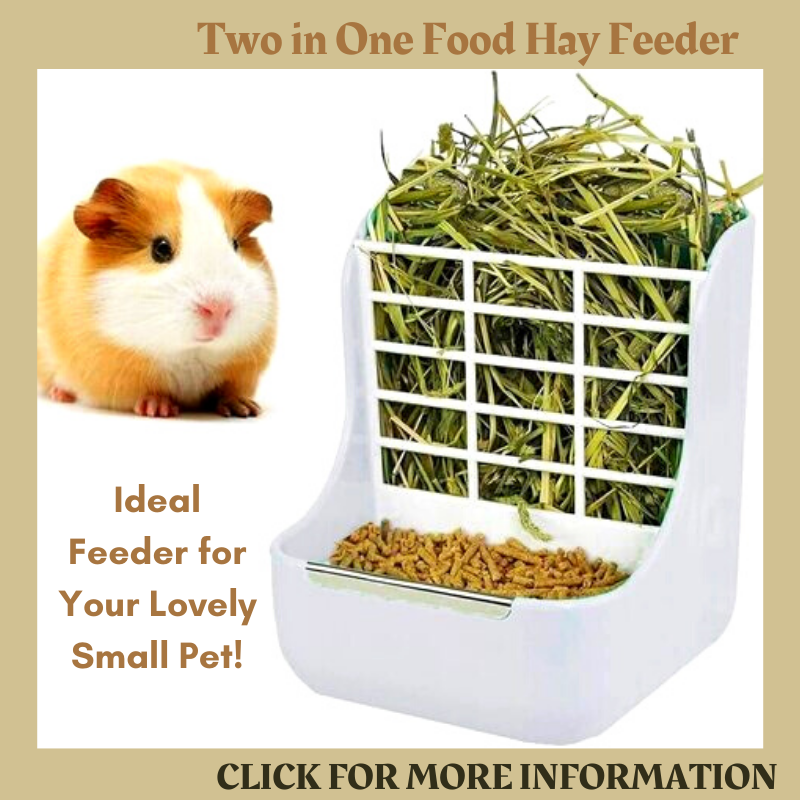