Would you know what to do if your dog eats chocolate? There is a chemical naturally occurring in chocolate that is seriously poisonous to dogs.

What To Do If a Dog Eats Chocolate

If you suspect that your dog has been given chocolate, you will have to know what to do immediately. 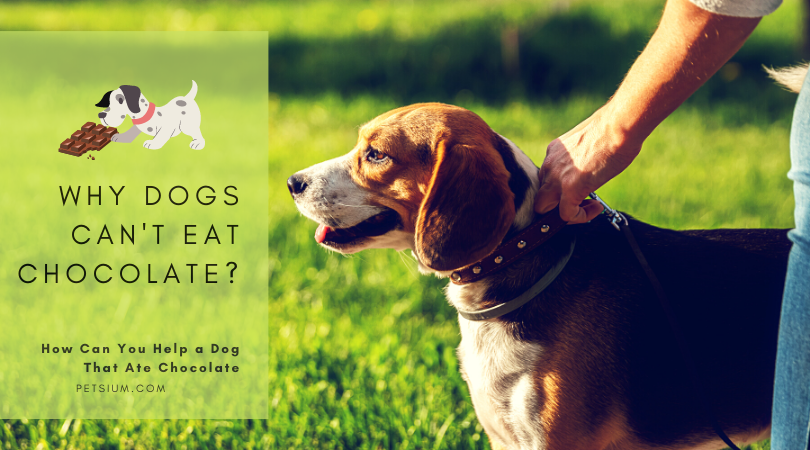 Why Chocolate is Bad for Dogs

Chocolate is highly toxic to dogs. The cocoa bean contains theobromine and caffeine both of which can cause sudden doggy death.

Caffeine and theobromine are from the same class of chemicals and are molecularly nearly identical, producing similar nervous system and cardiac effects in dogs as we observe in a human who consumed way too many red bulls.

Many animals including dogs can not metabolize theobromine effectively and a build up of theobromine after consuming chocolate can lead to death.

Chocolate and especially strong dark chocolate is poisonous to dogs and can be lethal, but it is surprising how many people do not know it.

It is bad enough that a lot of adults are not aware of the fact that chocolate is poison to dogs, but hardly any children know it either and that is far worse.

It is almost second nature for a child to share a treat with a favorite pet; be it a bar of chocolate, chocolate ice cream or chocolate chip cookies.

So, the question is: what to do if a dog eats chocolate?

My Dog Ate Chocolate. What now?

The most important thing one can do to save dog is to figure out just how much and what kind of chocolate dog ate.

Fatal levels of theobromine are about 100-200 mg for every pound the dog weighs.

Doing the math can help to relieve a worried owner (if doggy only ate a few hershey’s kisses).

If you believe that your dog has eaten anywhere close to the fatal dose and is showing symptoms please seek out medical help!

If your dog has eaten chocolate, there may be no symptoms – it depends on the amount of chocolate and the body weight of the dog.

But over a few hours you may see some or all of the following symptoms: vomiting, diarrhea, hyperactivity, heart arrhythmia and twitching. Frequent urination is also a frequent sign.

If you definitely know that your dog has eaten chocolate, then you should definitely take your dog to a vet for a stomach pump.

If you are unsure, you could try to make your dog drink a lot or be sick, but this is not easy with a hyperactive, distressed dog.

If your dog shows symptoms of chocolate poisoning and they do not decrease, your dog could take a rapid turn for the worse and die very quickly, because the toxins in chocolate work on the nervous system.

The active ingredient in chocolate that affects dogs is theobromine cocoa and it directly affects the central nervous system and so the heart as well.

This produces heart palpitations and twitching which throws dogs into panic.

Sometimes seizures are a result. Small dogs can die after eating only one square of chocolate, larger dogs may suffer for hours on the same amount. 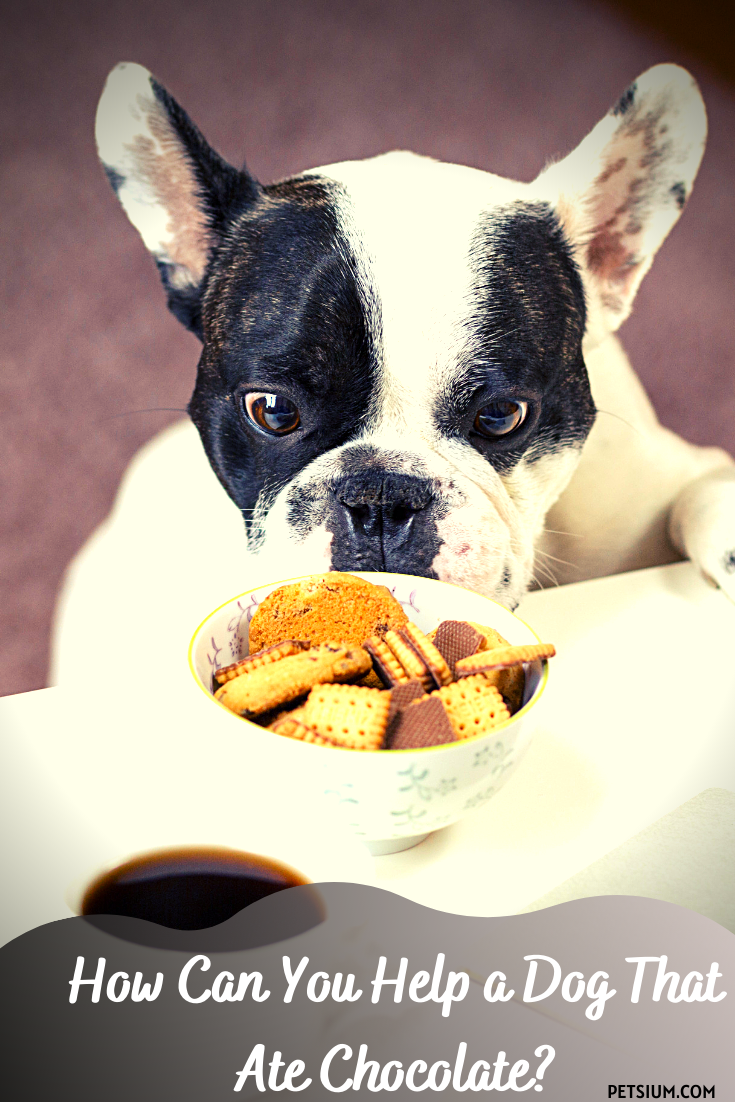 How to Treat Chocolate Poisoning in Dogs

If your dog is at special risk of being fed chocolate, you should take precautions. For example, if you take your dog to work or if you live near a school, your dog is at risk from well-wishers feeding chocolate to your dog.

The precautions you can take include buying an emergency kit from your vet.

This kit will usually include activated charcoal, hydrogen peroxide and syrup of Ipecac.

Then you will have to learn how to use them.

For example, activated charcoal will absorb poisons and hydrogen peroxide mixed with water will make your dog sick, clearing its stomach.

As a substitute, burned toast might work in a similar fashion to charcoal, but only if you can make your dog eat it, of course.

Give your dog 1-2 tea spoons for a smaller dog, 3-4 tables spoons for a larger dog every 10-15 minutes until you produce vomiting.

The sequence is actually: produce vomitting and then administer the charcoal to soak up any residual theobromine.

If you do not have instructions for the activated charcoal, give one teaspoon full to a dog under 25 k and two to a larger dog.

Obviously, prevention is better than cure, so tell your family that chocolate is poisonous to dogs or better still tell everyone that you want your dog to only accept food from yourself.

This can become important later if your dog develops diabetes or another disease.

Symptoms of Chocolate Poisoning in Dogs

The first sign of chocolate toxicity is a cracked out dog, acting just like someone who has consumed way too much caffeine.

Hyperactivity will probably be the most obvious and observable effect. Symptoms can progress to a seizure, coma, hyperthermia, or heart attack.

If you know the chocolate was consumed within the last few hours inducing vomiting may lower the amount of theobromine that can be absorbed by the dog.

Further vet care will be required immediately if the dog has consumed a large dose.

There is no specific antidote for chocolate poisoning but the time it takes for half of the theobromine to leave the dog’s system is about 20 hours.

After 20 hours, the immediate threat has probably passed and we can all breathe a little easier.

Chocolate Poisoning and Your Dog

You should never give your dog chocolate as a treat, and you should always keep a watchful eye when children are around, or there are a lot of visitors in your home.

Make sure to always keep chocolate away from your dog to avoid any possible poisoning.

This being said, your dog will not need to be rushed to the hospital if he eats a single M&M.;

This type of chocolate, also known as unsweetened chocolate contains 10 times the amount of theobromine as milk chocolate.

It contains roughly 450mg of theobromine per ounce, where as milk chocolate would only contain about 50mg per ounce of chocolate.

Your dog would only have to consume 1 ounce of baker’s chocolate per 9 pounds to make him sick.

The level of illness depends on your dog’s overall health, allergies and sensitivity to theobromine.

The answer is still no.

Although the amount of theobromine in white chocolate is very little, white chocolate still contains sugar and caffeine, both of which are not good for your dog in any way.

Sugar can create problems in the long run such as diabetes, where as caffeine can still affect your dog’s nervous system negatively, especially if you own a small breed dog.

Feeding a dog chocolate is not the right thing to do – ever.

Not all dogs are the same; breed, age, activity levels and the amount of chocolate consumed by the dog will all contribute to the toxicity level that will affect the dog.

I hope you now have a good idea what to do if your dog eats chocolate.