The cat is a pet treasured for its independent and slightly aloof nature. Unlike with dogs, humans have to earn the affection and loyalty of their feline companions. Perhaps that is why having a cat curled up nearby, purring contentedly, is such a rewarding moment for those who love them.

But have you ever asked yourself, “Why do cats purr?” Many have wondered, but if cats know the answer they aren’t going to tell us any time soon. This has prompted much research and generated a number of different answers, each just as likely as the last. 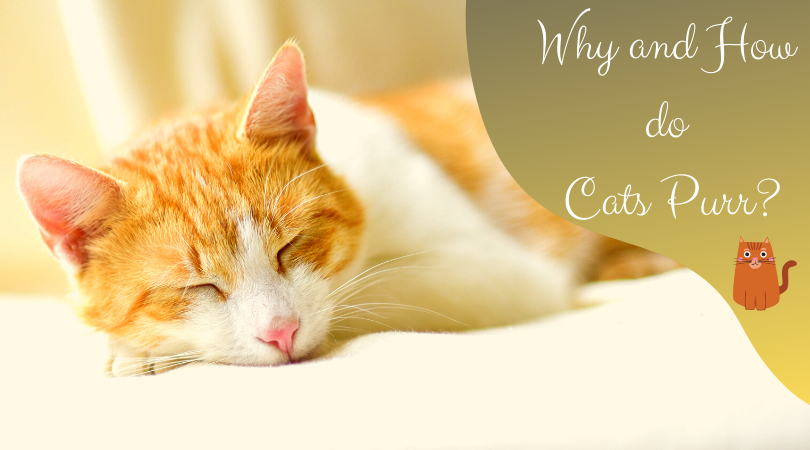 Many believe that a cat purrs as a form of communication to other animals. When a kitten is born, it is both blind and deaf. It relies on the mother’s purr for food and comfort. A kitten develops the ability to purr when it is two days old, and this is an effective way for the kitten and mother to communicate.

Why Do Cats Purr and What Does it Mean?

Part of the mystery surrounding the question of why do cats purr is whether or not it is a form of communication and, if so, what are cats trying to communicate?

One clue is that kittens can purr at just two days old, long before they can meow or hiss. Some people believe that a kitten purrs to its mother to let her know that its alright, and the mother purrs back in reassurance.

Much like cats’ tendency to knead years after they’ve been weaned, purring may continue as a call for attention in many different situations.

Another theory asserts that purring is much more than just a unique form of communication. A scientific study found that purring may in fact support cats’ lazy lifestyles.

Spending the majority of the day sleeping can lead to serious muscle loss and bone decay, but the vibrations created by purring may be the perfect frequency to stimulate a cat’s muscles. This would improve bone density, help injuries heal faster and keep the cat fit, all while saving valuable energy as the cat rests.

This intriguing find may someday help astronauts, who suffer from similar physical damage while in space. With the right frequency, a simulated purr could help future space travelers stay strong and healthy.

This also leads to the belief that the purr is a sign of friendship. It has been shown that if the cat is anxious or in a tense situation, it may purr as a method of avoiding harm. Scientists strongly believe that the answer to “why do cats purr?” is highly associated with the emotions of the cats.

How Do Cats Purr

But “Why do cats purr?” is not the only big question around this strange feline vocalization. The truth is, nobody even knows exactly how cats purr to begin with.

Cats have no special organ to help them make the sound, but it’s believed they use a special trick to constrict and expand their airway and produce the harmonious fluctuations of a purr.

By vibrating their vocal cords in that pattern, cats cause a strand of bones along their throat to vibrate, and thus emit a sound that no other family of animals can mimic. 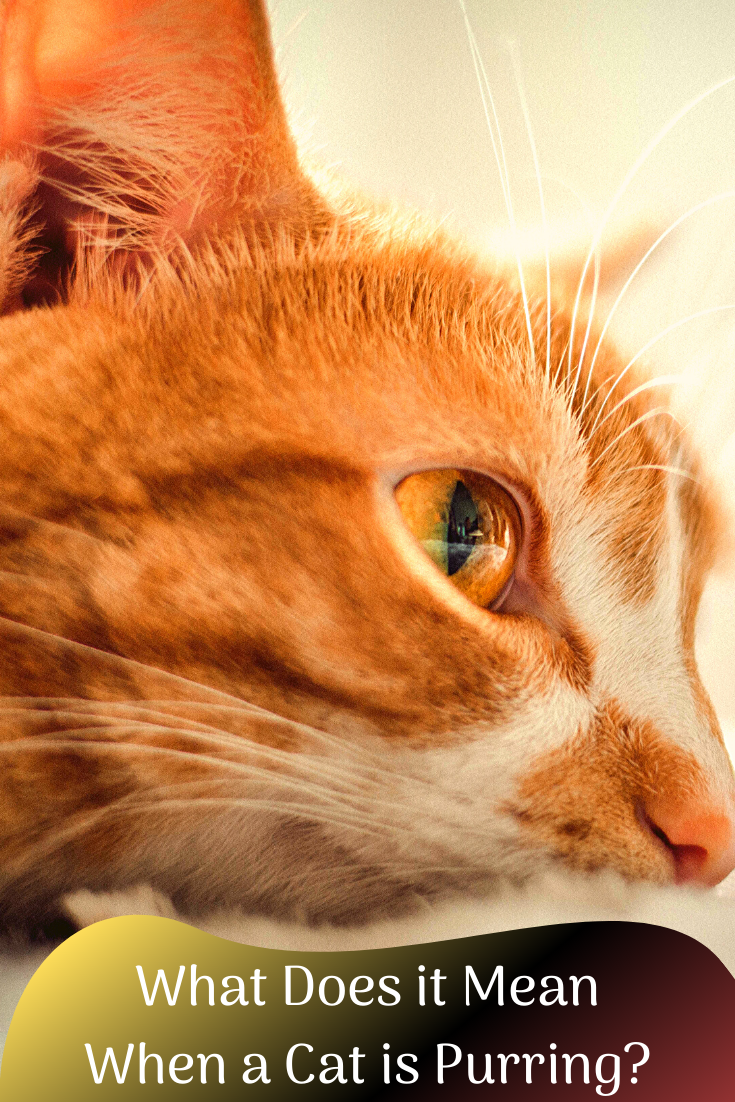 What Other Animals Make Purring Sounds?

Those tiny bones that allow cats to purr can be found in several other cat species, including bobcats, ocelots and other small felines.

Their bigger cousins, such as lions and tigers, however, are unable to purr. This is because of a string of tough cartilage that runs over the bones in their neck. It makes it impossible to purr, but because of it the big cats have a much more formidable noise: a full-throated roar!

The ability to purr or roar is what distinguishes big cats from little cats. The cheetah, for example, is quite large, but because it purrs it is classified with the common house-cat.

Scientists believe that a cat purrs as a healing method for humans. Cat owners, especially owners that are older have shown to have lower blood pressure than someone who does not own a cat. This is sometimes why cats are approved as a healing animal in retirement communities.

Cats have also been shown to have a therapeutic effect on their owners. A cat will offer arrange itself so that its body is placed over the painful area of their owner. Their purring has shown to produce vibrations that help to reduce pain.

Cats Purr For Many Different Reasons

Cats have been one of mankind’s oldest allies, but they do not give up their secrets easily. “Why do cats purr?” is a simple question, but it appears to have a very complex answer. In reality, cats probably use purring as a combination of every theory listed above.

Whether it is a comforting sound for a newborn kitten, a healing vibration throughout a cat’s muscles and bones or a simple indication that the cat means no harm, purring is nonetheless just as soothing for humans as it seems to be for cats.

Owners can certainly appreciate it as yet another fascinating facet of that animal that has intrigued humans throughout history: the cat.