To own goldfish is easy, but you do need to know about some general goldfish information. Keeping healthy fish isn’t just going to the pet store and buying a goldfish bowl, and a few fish flakes. It’s a serious business, inviting these friendly and loveable pets into your home, and you’ll want them to be part of your family for many years.

Of course, learning goldfish information will help make this happen. Firstly, you’ll need to have a large enough aquarium, which needs to be cleaned on a regular basis.

If you’re brand new to looking after goldfish you might not realize that there are many different types of goldfish. Some are easier and hardier than others. So, for the beginner goldfish enthusiast it’s important to do some goldfish research and find out which type of goldfish pulls at your heart strings, and if you’ll be able to handle it’s upkeep.

Understanding your pet goldfish behavior patterns is also important and lots of fun. This is probably the best part of keeping fish. You’ll spend hours watching them and learning their own unique personalities. You’ll know when something is wrong with them when they don’t behave normally.

As mentioned, food is very important to your fish. Goldfish love to eat, they’ll almost eat anything you feed them. Owning fish is a wonderful hobby. You’ll soon be surprised how passionate you’ll get about your new and exciting pet. 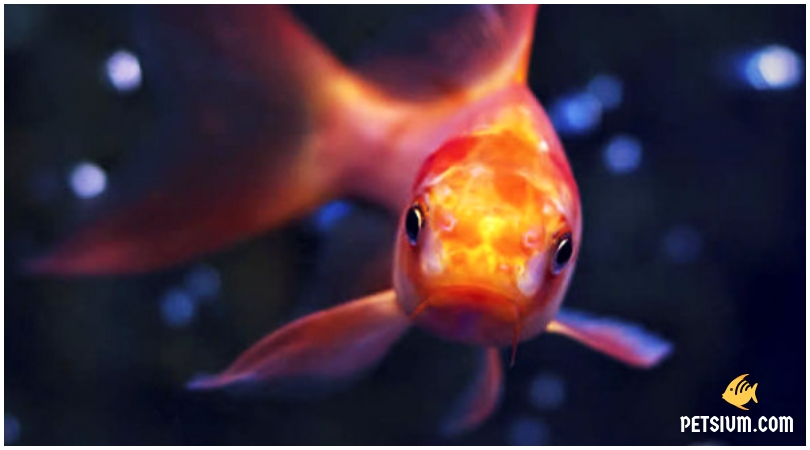 Who’d of thought there’d be so many different types of goldfish?

Some goldfish varieties are so strange, and yet enchanting it’s pretty wild to think of them belonging to the simple fish family that we usually think of, when winning a prize at the fair.

Goldfish were the earliest fish to be domesticated, and they are the most common type of fish found in an aquarium. They are a small family member of the carp family and due to selective breeding they vary in color, body shape, fins and eyes. This is exactly why there are so many goldfish species and why they look so weird and interesting.

Due to the selective breeding process there are many different types of goldfish you can buy. Each species has its own quirks, but they are all totally loveable.

Below is a list of different types of goldfish, please click on each variety to find more details about each one. I am sure you’ll be fascinated and excited when you find the perfect breed for yourself.

Once you’ve found the right type of goldfish for you, don’t forget to find out how to care for your new pet. Making sure you don’t overcrowd your new fish tank or aquarium is also important.

Inviting these wonderful creatures into your own home is exciting. You’ll soon see that each fish has its own personality, and will quickly become the topic of conversation with family and friends.

It is presumed that that goldfish behavior consists mostly of swimming. That is quite true. However, if you are the observant pet owner, you will notice that although your goldfish may appear to be doing the same thing all day long, there are certain behavior patterns.

For example, try observing the behavior of your goldfish as soon as you introduce them to a new tank. The change in the environment and temperature excites them. They are likely to get stresses during this time. This is not the usual relaxed behavior of the goldfish. As soon as the goldfish had fully adjusted, they excited and alert behavior will eventually decrease.

Goldfish behavior is also fun to watch during feeding time when they can get quite excited. The food placed inside the tank will alert their senses and they will automatically go crazy in finding the food. After feeding time, they will go back on their usual behavior.

You will notice them floating peacefully and swimming around the tank.

Goldfishes are the type that enjoys staying in a group. Keeping them with a few goldfishes will also give them other playmates.

Any change in their habits must be noted. If your goldfish seems to be passive especially during feeding time, something may be wrong. Check the tank and the environment immediately. There may be changes that could be fatal for your goldfish.

Also check if your goldfish has symptoms of any infection from bacteria or parasite. 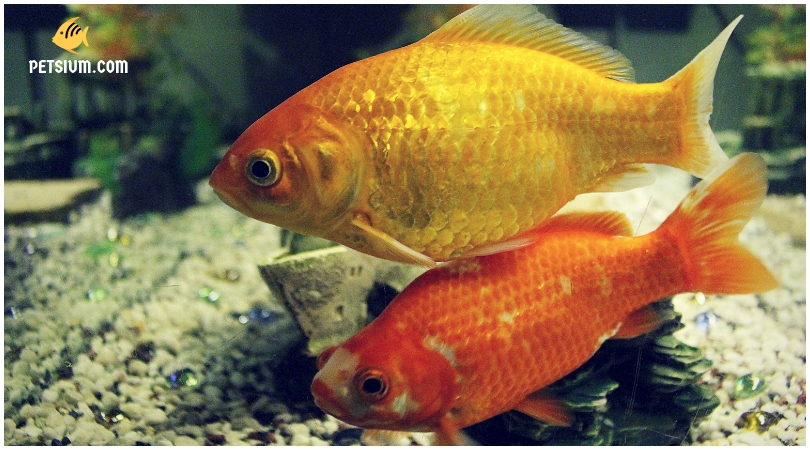 There are many issues that may arise when caring for goldfishes. The majority of them are identifiable just by simple observation of the fish’s appearance and behavior.

The primary cause of goldfish problems comes from water. It is important that water, in all of its aspects, should be checked and maintained. Check for the temperature, cleanliness and chemical levels. For example, if the water temperature gets too hot, there will be a decrease in the oxygen levels in the water, which will make it difficult for the gold fish to breathe.

Without oxygen, the goldfish will die. In other words, once the water gets imbalanced or polluted, the chances of survival may decrease.

Another cause of goldfish problems comes from their feeding habits. It may be said that goldfishes are omnivorous as it may consume a wide variety of feeds. The problem arises as the goldfish has an insatiable appetite. If the feeding is not regulated, the goldfish will overfeed itself and will later on cause its death.

Parasites are also problems. Ick is a common parasitic problem in goldfishes. Again, this is a result of poor aquarium management. Immediate attention by administering an anti-parasitic treatment will solve the problem.

There are also certain types of goldfish that need to be kept in a certain environment. For example, the bubble eye goldfish requires that the tank have no sharp objects as it may puncture its eyes.

The black moor needs to be kept in a tank with other fishes that has the same vision impairment so they can all be fed equally.

Many people find pleasure in caring for goldfishes. Viewing them with golden scales roaming around the aquarium offers an unexplainable relaxation to the owner. That’s why many goldfish owners worry when something is out of the ordinary with the behavior of their goldfish.

Like all pets, goldfish get sick and goldfishes illnesses can be fatal to your scaled friends health.

If you don’t keep up with the proper aquarium maintenance such as regular cleaning and water filtering, goldfishes can succumb to disease which may lead to their death. Common goldfish illnesses include ichthyophthirius and dropsy.

Ichthyophthirius is an illness that is commonly known as Ick. Ick is a parasite that appears as white specks, resembling granules of salt, and is attached all over the body. It is the leading cause of death in gold fishes. Simple aquarium maintenance can prevent Ick from occuring but if it’s too late, an anti-parasite medication will do the trick.

Dropsy, on the other hand, is caused by bacteria. This is a dangerous condition and hard to treat. This illness is evident through the scales. The infection caused by the bacteria causes it to stick out. In some instances, the body swells up and eyes seem to pop out.

This is caused by unusual levels of ammonia and nitrite in the aquarium. Although this condition is difficult to treat, trying out an ant-bacterial treatment may work.

These goldfish illnesses may be prevented with proper care and maintenance. Clean aquariums on a regular basis and check the levels of ammonia and nitrate in the tank.

Keeping an eye out for goldfish problems and correcting them as soon as you see them will help you keep happy, healthy and long lived fish.