The Persian breed is the most popular breed of cat these days.

Persian cats come in almost every color and pattern imaginable.

There’s a color for every person’s taste. 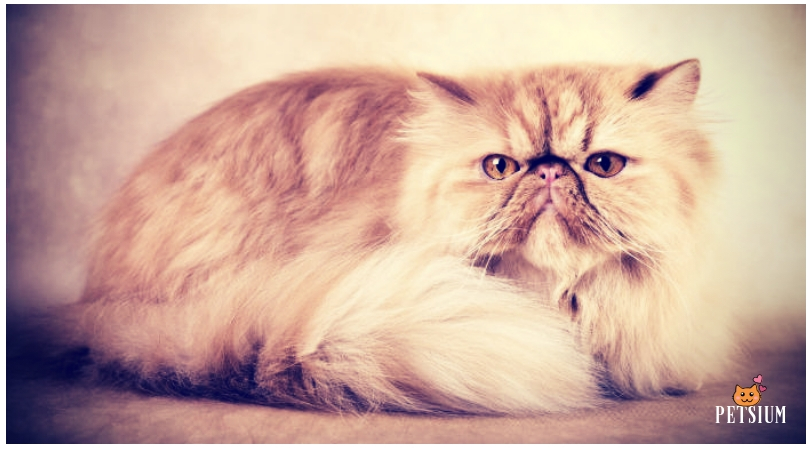 In CFA, the Persian is broken into 7 divisions based on color patterns.

However, it is unfortunate that the Persian cat color’s popularity is declining since 2004.

The solid color Persians have big copper eyes, with the exception of the solid whites.

Whites can have copper (CEW), or blue (BEW) eye color, and can even have one eye of each color, known as Odd-eyed (OEW). 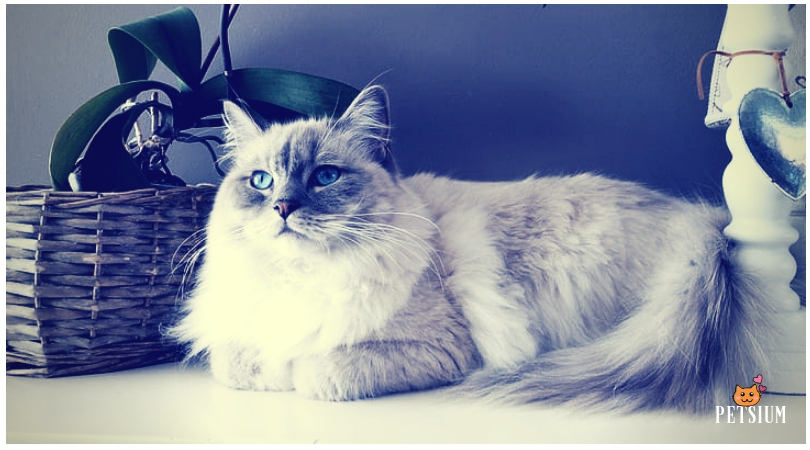 Silver and Golden Persians have green or blue-green eyes that are rimmed, or lined, in black.

The nose is also lined in black is warm cream.

The Shaded pattern has even black tipping on the back and sides, and Chinchilla is a lighter version of the same pattern.

The basic ground color of the Silver is white, and of the Golden.

Shaded and Smoke Persians all have big copper eyes, and come in a variety of colors.

The Shell and Shaded colors have a white undercoat with red or cream tipping.

The Smoke colors have a white undercoat with heavy tipping, and appear to be a solid cat until you part the hair. 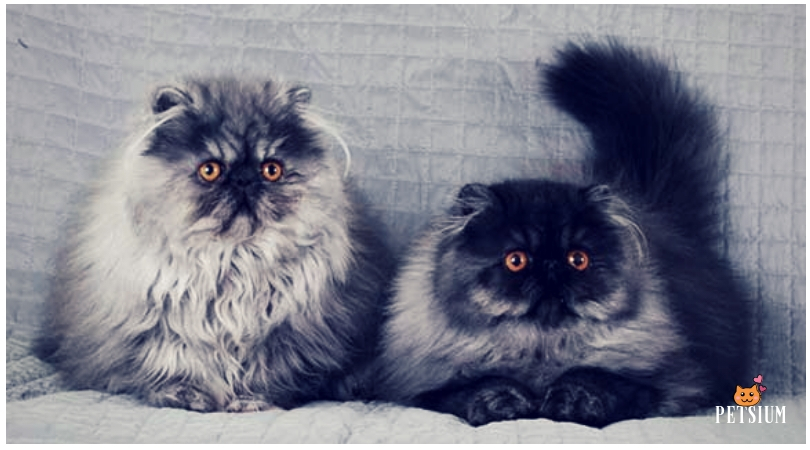 About the Tabby Persian Cat Colors:

Tabby Persians have big copper eyes, with the exception of the silver and blue-silver tabby, who have green or hazel eyes.

The three Tabby patterns apply to all color with the noted exceptions on the Patched pattern. 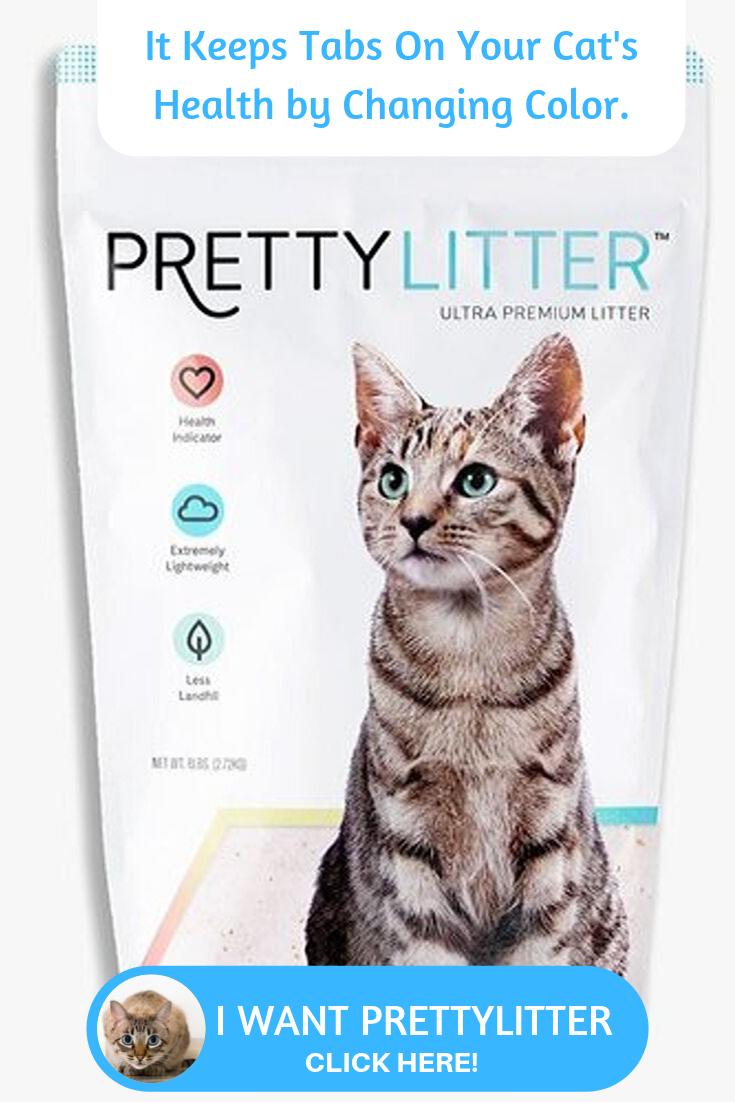 Bi-Color Persians have big copper eyes, with the exception of the silver tabby with white, who have green or hazel eyes.

The Bi-Colors may come in one of two patterns, Classic and Van.

The Classic pattern is a cat that is white on the legs and underside and the color is on the top and sides.

The Van pattern is a white cat with spots confined to the extremities, and no more than 2 color spots on the body.

The Himalayan cat was originally created by breeding Siamese to Persian several decades ago.

The goal was to create a Persian-style long-haired cat with the Siamese color pattern.

This was quite an accomplishment if you compare the two breeds.

Persians and Siamese are quite different physically, with completely different head and body structures.

The only features that reflect the Siamese cat are the colorpoint pattern and colors, and the beautiful blue eye color. 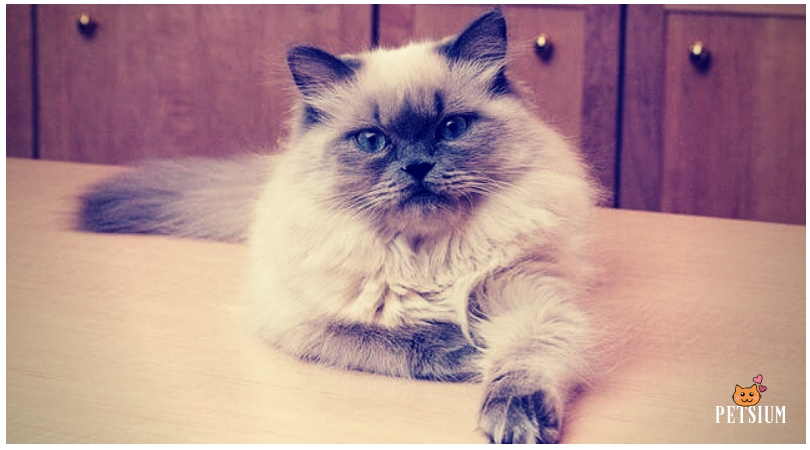 Color, on a Himalayan, refers to the color of the facial mask and extremities (ears, legs, tail), or point color.

The body color ranges from white to a cream or light fawn color.

The point color can be with or without the Lynx (Tabby) pattern.

With the Lynx pattern, tabby stripes are confined to the points and the mask only, and the “M” marking seen on the Tabby Persian is visible on the mask of the Lynx Point Himalayan.

With years of selective breeding to Pure Persian cats, the Himalayan has evolved to the Persian breed standard.

It should be noted that the offspring of a Himalayan bred to a Solid pure Persian will not be color-pointed, but will carry the Himalayan colorpoint gene.

These cats are referred to as ColorPoint Carriers (CPCs) or Hybrid Persians.

These offspring can then be bred to another color-pointed or CPC cat and produce colorpoint offspring.

The solid Chocolate and solid Lilac Persians are always CPCs as this color results from the Siamese pattern and colors. 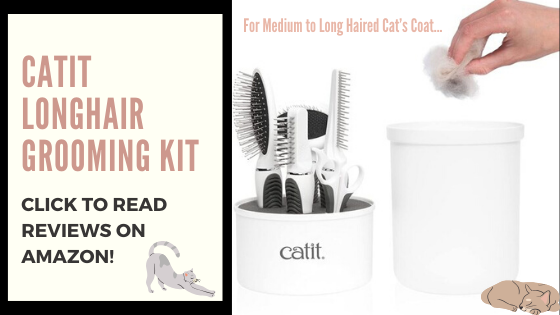 All Himalayan colors come in both the Traditional pattern and the Lynx Point pattern.

Who Are Persian Cats

The Persian cat is an old breed, and no one really knows just how old it is.

Some believe that the long coat comes from the Turkish Angora, an old established breed.

Decades of selective breeding toward an ideal written standard has greatly influenced and defined the look of the Persian today.

The Persian cat of today is a large to medium cat, and has a massive round head, with big round saucer-eyes set wide apart.

They have small rounded ears set very low on the head, and have a snub nose placed right between the eyes.

These features give the Persian a doll-faced look, and from the profile, appear flat-faced.

The body of a Persian cat is heavy-boned.

They have thick, sturdy short legs to support a massive boxy body.

The tail is not extremely long, and reaches about halfway up the back if pulled forward.

Persians have varying coat types, both texture and length.

With the short legs and the long coat, Persians often give the impression of “coat to the floor.”

The Persian is typically an easy-going affectionate cat.

They are playful, yet not overly active.

Due perhaps to their mass and short legs, they are not usually prone to climbing or jumping from great heights.

They are not particularly talkative, and have a sweet-sounding voice.

Their favorite activity seems to be showing off their own beauty, and of course, eating. 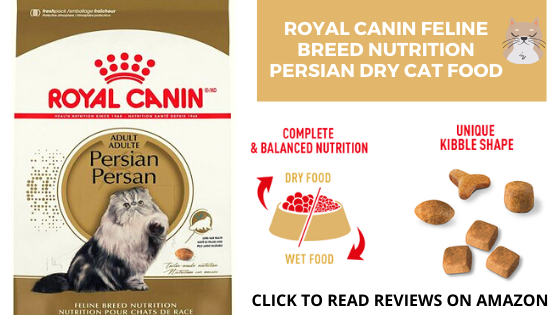