If you are passionate about having a small pet, did you know one of the cutest and easiest to care and inexpensive pets to raise are — Hamsters!

They really are cute loveable creatures with their little noses always twitching and fun to watch as they scurry around. Hamsters are a very cheerful pet, are pleasant to have as a pet, and can be a joy to take everywhere with you.

Being a Hamster owner is a unique experience and while Hamsters are often seen as pets in a cage, they are very adaptable.

Many Hamster pet owners simply enjoy playing and cuddling with them and can adapt to travelling so you can take them with you.

If you are thinking of buying a Hamster as a pet… You need to know some main facts about Hamsters. 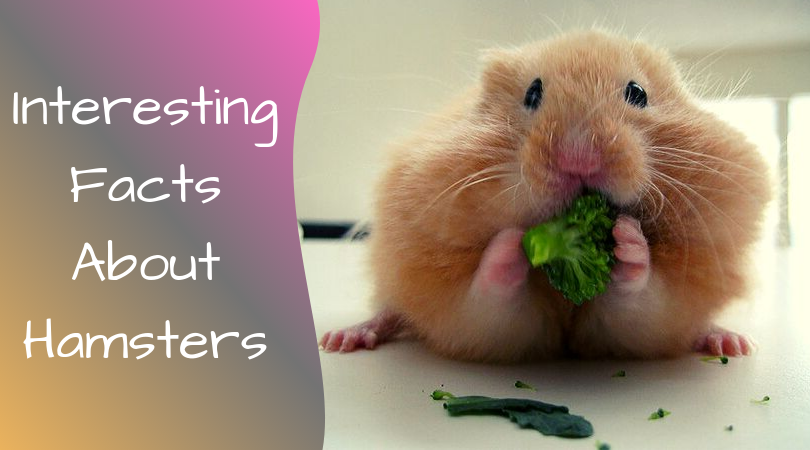 -They, like most rodents, will get sick if cedar is in their cage.

-Like most rodents, they need to chew and if not, their teeth will grow very long.

-The Hamster gets its name from a German word for storing food.

-One of the Hamster characteristics is the ability to stuff its cheek pouches with food… sometimes an amazing amount for one little Hamster!

-Domestication of the Hamster began in 1930 when a zoologist found one mother and twelve young Hamsters in the Syrian Desert (to the North of Israel).

-A Hamster’s average life span is about 2-3 years. They have been known to live 3-4 years.

-The gestation period of a Syrian Hamster is about 16 days.

-Syrian (also known as Golden, Fancy, or Teddy Bear) Hamsters are solitary animals and will not live peacefully with other Hamsters past 8-10 weeks of age. They should always be housed separately.

–Russian Dwarf Hamsters can often be kept in pairs or groups, as long as they are introduced to each other at a very young age.

–Roborovski Hamsters are the smallest species of Hamster and the least likely kept as pets.

-Black Bear Hamsters are a genetic mutation of the Syrian Hamster. It is not a different species.

-Hamsters can remember their relatives.

-Hamsters can be taught how to come by name.

-Hamsters cannot be spayed or neutered. In order to stop pregnancy, you must separate the male and female.

-A human year for a hamster is 25 Hamster years.

-Hamsters can eat almost anything.

-Hamsters are great escape artists(trust me!:) ).

-Hamsters can drink milk as long as it doesn’t go sour.

-Male Hamsters are called Bucks and females Does (as with deers, goats, rabbit and other animals).

-Hamsters can only see up to six inches in front of them.

-Hamsters are nocturnal meaning they sleep during the day and are active during the night. 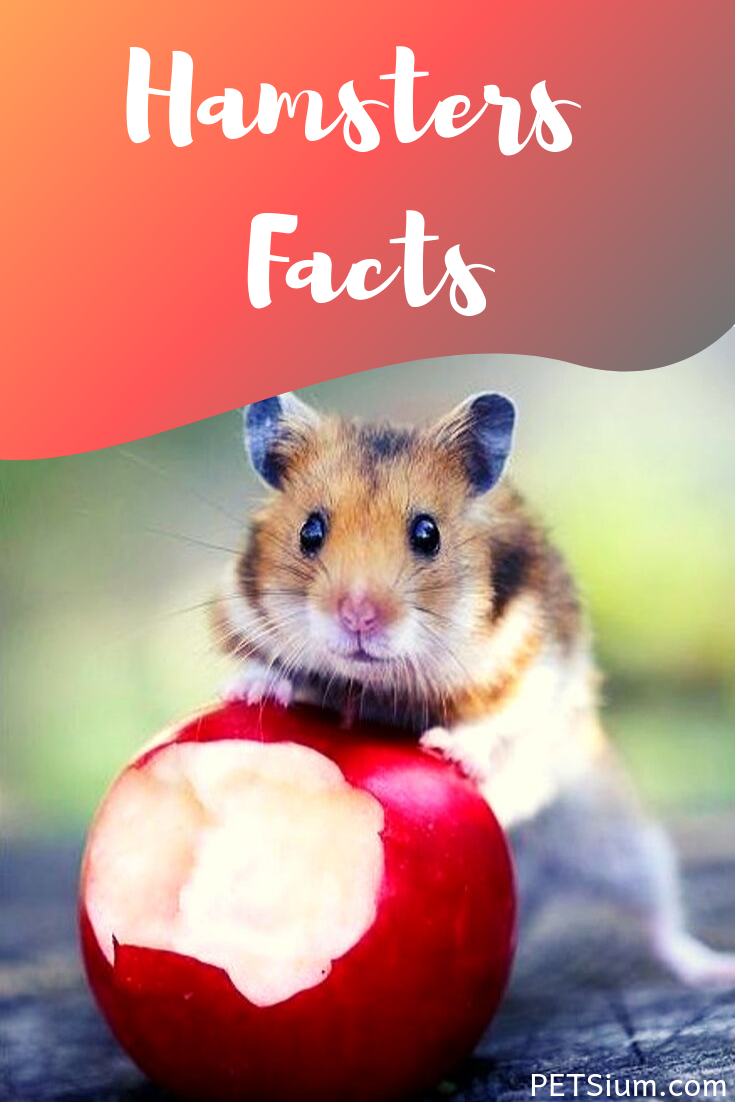 -In the wild, Hamsters will line their tunnels with grasses and wool or hair shed from other animals to help maintain a fairly constant temperature in their burrow (often around 60°F), no matter the outside temperature.

-Hamster fur can be found in a wide range of splendid colors, and this is all dependent upon the natural landscape of the area in which the Hamsters reside. This coloration matchup comes from the predation and a natural mechanism, since Hamsters are relatively defenseless, against a host of predators, and animals, that would love to have a Hamsters snack!

-Hamsters typically have poor eyesight and depth perception. To compensate for their poor sight when in unfamiliar territory, Hamsters have scent glands on their flanks (and abdomens in Chinese Hamsters). A Hamster rubs these areas of his body against various objects, and leaves a trail of smells the Hamster can follow to return to his home den.

-Hamsters can reproduce as young as 4 weeks old, usually have several pups in each litter, and can have several litters throughout a year. This makes studying the effects of medication, etc on future generations very easy.

-Hamsters most notably have been used to test alcohol aversion drugs. Hamsters have a high alcohol tolerance (around 300% of ours) and when given the choice between alcohol and water will choose alcohol. This has made them great test subjects for medication to discourage excessive alcohol consumption.

Raising and caring for hamsters can be a fun and rewarding experience, simply because these tiny pets are a truly warm and friendly companion. The benefits of owning and raising Hamsters are a pleasure for young and old alike!